► Chapter 2: The Basics of Ceremonial Magic

► Chapter 4: Preparing the Mind and Body: Chakras and Meditation

As mentioned earlier, magic is closely related with psychic energy or psychic forces. And although the exact nature of such forces is quite subtle and still pretty much unknown, there are definitely energies that powers it based on many experiments and studies that had been carried out ever since. One of the reasons why people study and do ceremonial magic even after all these years is because it’s beneficial to one’s mental and physical health, it is a powerful tool that can alter events so that a person can achieve one’s goals and desires, and because it’s also fun and very interesting.. It will surely be a learning experience for anyone who will apply it. Let’s get started!

The art of magic originated during the time of the ancient Egyptians. Ancient magicians are described as someone who is enclosed in sanctified vestments and is carrying sort of what now known as ‘magic wand’ inscribed with hieroglyphic symbols. The magician is said to control invisible or non – physical beings like elements and energies in the astral world through the use of certain magic words, rituals and symbols. The antiquity of ceremonial magic is not necessarily evil; it’s also not made for evil. In fact one of its primary functions is to make people’s lives better through harnessing the universe’s energy and controlling one’s life. However, evil arose from it because people created false schools of sorcery known today as “black magic.”

Egypt became the center of learning during the ancient times. It is where many of the fundamentals of arts and sciences as well as technology began. It propelled ideal surroundings for transcendental experimentation along with scientific discoveries. Unfortunately, this is where black magicians of Atlantis also learned the craft of magic and sorcery, and practice their psychic abilities until they completely learned everything they can about the morals of primitive mysteries in this world. Such ‘evil’ sorcerers started to systematically destroy important keys to ancient wisdom so that one won’t be able to learn the knowledge of magic without being part of their occult group. What they did was mutilated the rituals of primitive mysteries while professing to preserve it; this is a strategic play to prevent neophytes from securing the knowledge to which one is entitled.

Idolatry was eventually introduced to encourage neophytes to become worshippers of images of false gods. Such false representations were given emblems and elaborate philosophies and theologies to create confusion and probably test the minds of their devotees. The masses eventually became slaves of these black magicians and cultivated ignorance among worshippers. Superstition then followed, while black magicians fully dominated national affairs resulting to them suffering from the ‘priest crafts’ of ancient Egypt.

While all of this is going on, another occult group that formed the medieval Cabalists devoted their lives to learning the art of ceremonial magic because they are convinced that their own scriptures sanctioned it. This is why the Cabala magic or Cabala philosophy is perhaps the original basis of ceremonial magic thereafter. It is founded by the ancient magical formulas of King Solomon which was considered as the ‘Prince of Ceremonial Magicians’ by the Jewish people during that time.

Ceremonial magic is now categorized under the field of psychology particularly parapsychology since it is mostly concerned with psychic forcer or phenomena. It is believed that everyone has some psychic ability, and through ceremonial magic an individual can perhaps unlock or tap into this psychic potential. There are numerous types of psychic phenomena, and it is separated into 2 groups: Extra Sensory Perception, and Psychokinesis. This is essential in understanding the concepts, rituals, and processes of ceremonial magic.

Extra Sensory Perception is when the mind receives information through paranormal means, and not through the five senses. In theory, it is received from psychic forces that come from the outside of the body. Here are the following examples: 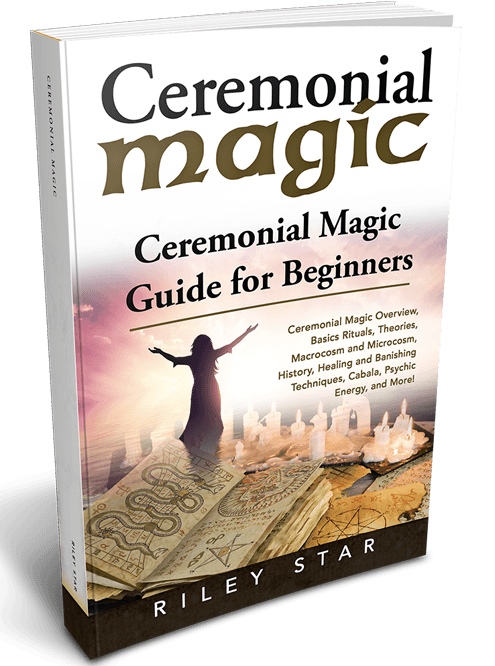