► Chapter One: History of Druidism

► Chapter Three: Druidry and the Awen

► Chapter Four: The Gods of Druidism

► Chapter Ten: Walking Your Own Path

Chapter One: History of Druidism

There is perhaps no other group of people who roamed the earth who are as enigmatic as the druids were. Druids have been a mystery that continues to slowly unravel and reveal itself as the discipline is learnt by the ovate. There is more knowledge of today’s modern Druids than there is about the ancient Druids of when the world was younger. Information available about the Druids of Yore is second hand information by some of the scholarly writers of before. This chapter will give you the history of how Druidism came about.

Early Druids are said to be high-ranking, influential individuals, these is a tribe who are concerned about nature, harmony and balance of the natural world.

It is said that respect for all beings and the environment these beings inhabit are to be revered and respected. Simply put, Druids were a group of priests of the Celtic tribes that lived in Britain and they were very influential, their word given high respect and honor, within the society of the Celts. You could say that they were sort of the upper-crust, especially elite advisors, healers, educators, litigators and arbitrators amongst Celtic tribes.

They were set apart within the Celtic tribes because they formed schools of learning where teachings were passed on rote to students who were interested in the traditions of the Druids. A druid could study the disciplines of Druidism for a very long period of time to later on become the dwelling place of traditions of the people, the stockage of information of communal wisdom in relation to the natural world around us.

They also graduated to becoming the oracle between gods and men, charged with officiating over rituals, and sacrificial offerings.

Druids, regardless of where they could be found, in Britain, Gaul, other parts of Europe and select portions of the Middle East, shared one thing in common. They were revered by the tribes they were part of and are often compared to Magis and Brahmans. They were devoted to prophetic art. They were dedicated to gathering wisdom in nature and in general. They were the repository of tribal information and the link to the gods.

Druidism finds it core beliefs in the preservation and or healing of nature. Their beliefs revolved around the principles of respect toward nature and everything in it. They extend high regard and veneration for ancestors of the movement who came before them, most especially those who were part of the societies of the prehistoric past. Druids are said to have had tribes in Gaul, Ireland, Britain. Today’s practicing Druids come from all walks of life and have evolved in many ways, embracing and combining other belief-practices and religions to the basic precepts of Druidic principles.

The early Druids are said to be worshipers of nature and revere the natural world deeply, but very little is known about these ancient priest of the few Druid tribes of the old world. Many scholars have written about them, but then again, many of these written documentation of their lives, existence, belief systems and lifestyles were written mostly by those who tried to over power, oppress, and eradicate the druids, therefore it can’t be said if these written text about the first druids are true or if these are misunderstood practices, and the writers misinterpretation of the druids way of living as well as belief system.

Julius Caesar documented much of what he observed of the Druids when Romans came to Gaul. He noted that Druids and noblemen made up the territory of Gaul and that Druids were those who officiated in private and public sacrifices. They were the ones who young men went to for instruction and advice. Druids, Caesar noted, were the adjudicators of quarrels amongst tribe members and they were the ones who carried out judgment and imposed punishment to those found guilty. Those in the tribe who chose to disobey their orders was removed and barred from partaking in any sacrificial ceremonies; the gravest form of punishment that a tribe member can receive.

It is said that only one amongst the Druids was hailed head and chief of the Druids and only upon his death is another appointed in the deceased one’s place. There is also information that if there were several druids who were equal in merit, a vote was cast amongst them. Legal disputes were submitted for the Druids to judge once a year, when they annually gathered in a sacred place in what is believed to be the center of all Gaul, the territory of the Carnutes.

Many are attracted by the beliefs and traditions of the Druids also due to the fact that Druids avoided warfare. They also paid tribute to no one but nature and the reverence of the ancient Druids before them. Druids populated because individuals were either attracted by the traditions and rituals or they were sent by their family to study with the Druids.
The training of a Druid was thorough. They were taught the ancient verse extensively. Students of the movement were taught natural philosophy and the science of astronomy. They were given oral teachings of the lore of the gods. Education with the druids was extensive and some took over 20 years of training before they could be called proper druids. The credo and principal doctrine of the Druids was laid on the belief that the soul being immortal, was passed from one person to another upon death. Death was never an issue to be feared because the soul lives again in the form of another person upon one’s passing.

The burning image of the huge edifice filled with usually criminals sometimes innocent men must have been quite an awesome sight to behold. Rites of the druids during the ancient times were held in forest clearings until much later when Roman influence leads them to using sacred buildings.

Apart from Ireland, the Romans, under the rule of Tiberius were able to suppress the Druids of Gaul and later on, Britain. The druids of Ireland, never been influenced by the Romans, lost their functionality as druid priests slowly with the onset of Christianity, but moved on to different functions as poets, judges and historians.

The first Druids of Britain in the 18th century extolled the ancient Celts and they wanted to keep up the precepts of the old world practices by imbibing the priests or druids of the Iron Age. Now during this time, little was known about the first druids. 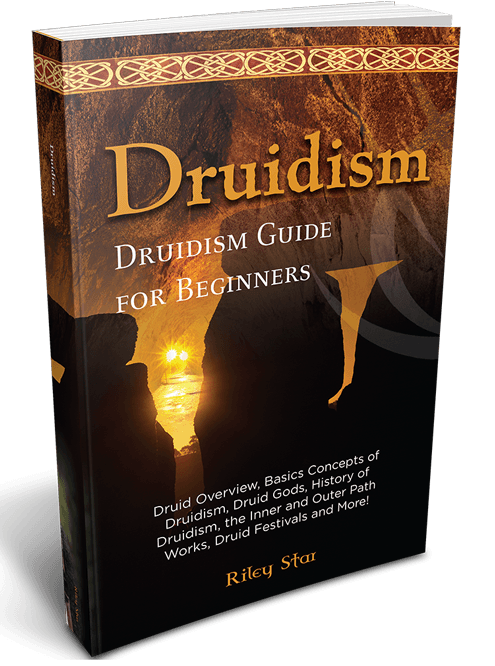