► Chapter 1: What is Santeria?

► Chapter 2: Getting to Know Santeria

► Chapter 4: The Secrecy of Santeria

Chapter 1: What is Santeria 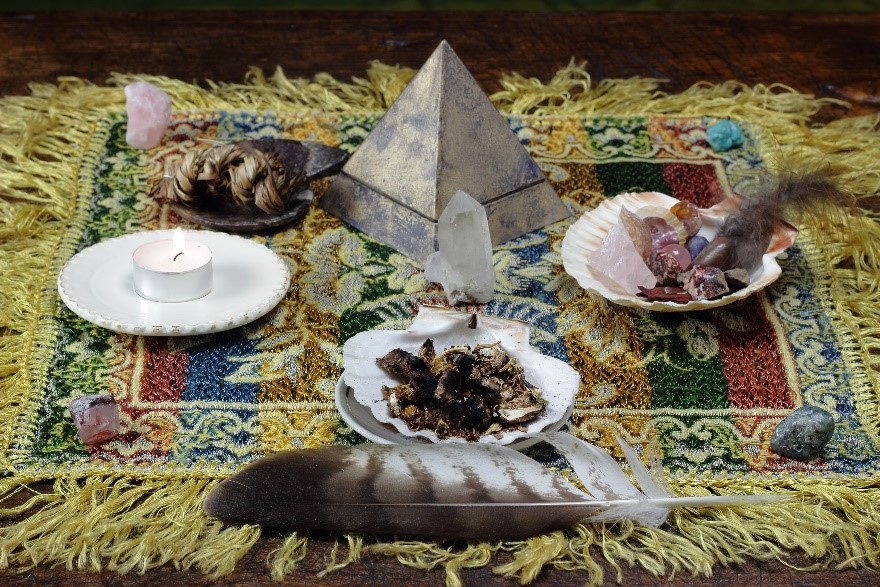 When you hear the word Santeria it may bring to mind the 90s song written by Sublime that opens with the line, “I don’t practice Santeria”. Aside from that, however, you may not know anything about Santeria at all unless you have done some research of your own or taken a world religion class. Though many people assume that Santeria is a small, localized religion it is actually widely practiced around the world. Santeria, at its most basic level, is an African way of worship that features many Catholic elements. In this chapter you will learn the basics about what Santeria is, where it is practiced, and its history.

1.) Where is Santeria Practiced? 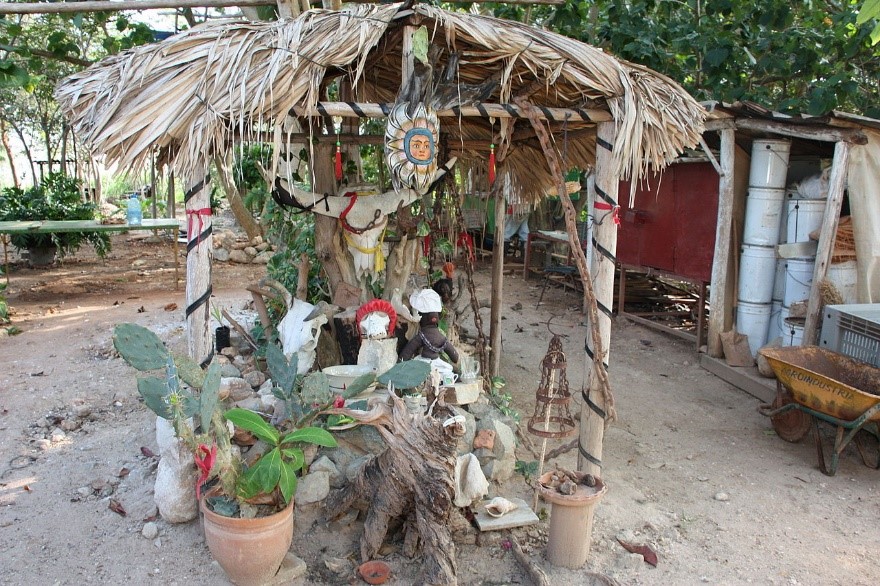 There is conflicting information out there regarding the exact origins of the Santeria religion, but it is generally known to have Caribbean origins and that it was developed in the Spanish Empire. Some say that the home of Santeria is Cuba, though it is widely practiced throughout the Spanish-speaking world. Some of the countries known to still practice Santeria include Cuba, the Dominican Republic, Puerto Rico, Panama, Venezuela, Colombia, and Mexico. There are even parts of the United States where the religion is regularly practiced. A study conducted in the early 2000s revealed an estimated 22,000 practitioners of Santeria in the United States alone, though the number could be much higher in reality. Santerian practices have taken a lot of heat in the United States, especially things like animal sacrifice. This issue was taken to the United States Supreme Court in 1993 in the case of Church of Lukumi Babalu Aye v. City of Hialeah. The ruling of the court decided that animal cruelty laws which specifically targeted Santeria and its practices were unconstitutional.

2.) Why is it Called Santeria? 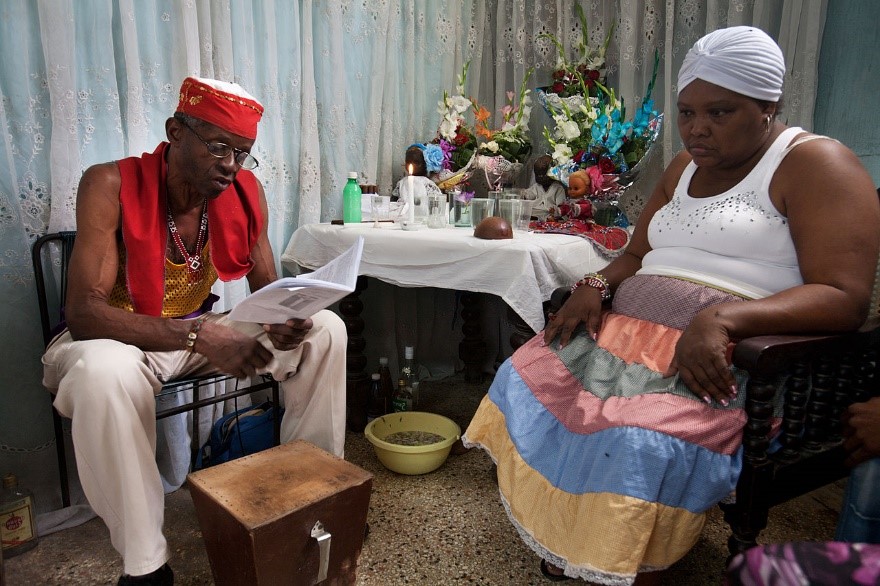 The name Santeria translates from the Spanish word that means “worship of saints”. For many practitioners of Santeria, however, the religion has a different name – La Regla Lukumi or the Rule of Osha. As a religion, Santeria combines various concepts and terminology from other world religions including Catholicism and various West African religions – this melding of religious practices is known as religious syncretism. Santeria involves the worship of the Orisha – this translates to mean “head guardians” and it refers to a spiritual being or presence that can be interpreted as a manifestation of God. The Orisha are considered lesser guardians, a step below the god Olorun, the supreme deity and creator of the universe. The practice of Santeria is based on the development of a personal relationship between the practitioner (called olorishas) and various deities through various rituals and sacrifices.

3.) The History of Santeria 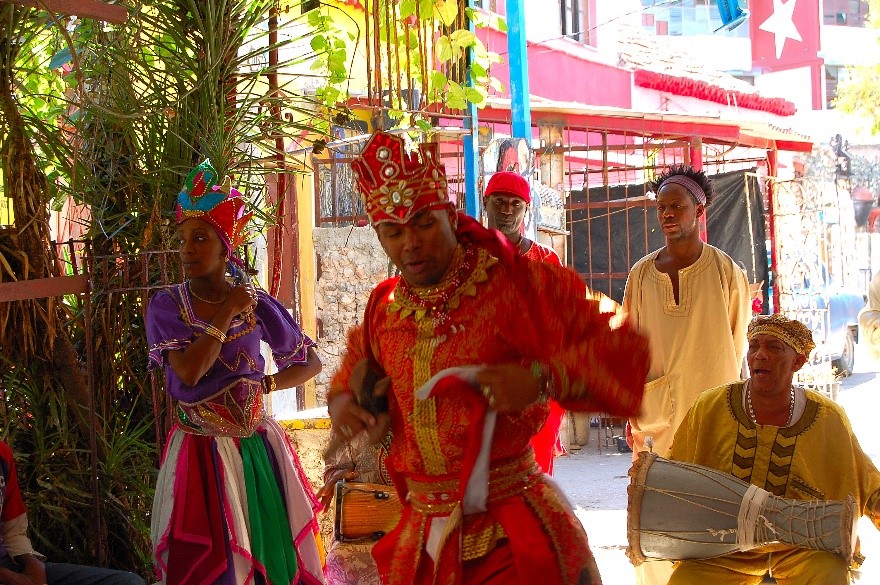 Santeria is technically an Afro-Caribbean religion that grew out of the Cuban slave trade. It is primarily an oral tradition that is centered on various African traditions but parallels some aspects of Catholicism and other Western religions. Santeria (sometimes translated to mean “the way of the saints”) is based on Yoruba beliefs and traditions. The Yoruba people are found primarily in Nigeria as well as the adjoining parts of Togo and Benin – this area is collectively referred to as Yorubaland. The Yoruba religion is an ancient one and its beliefs are part of itan, the name for the group of cultural concepts which dictate Yoruban society. One of the core beliefs of the Yoruba people is that each person possesses an “Ayanmo”, a destiny or fate, and they are expected to eventually become one with the divine creator, Olorun. 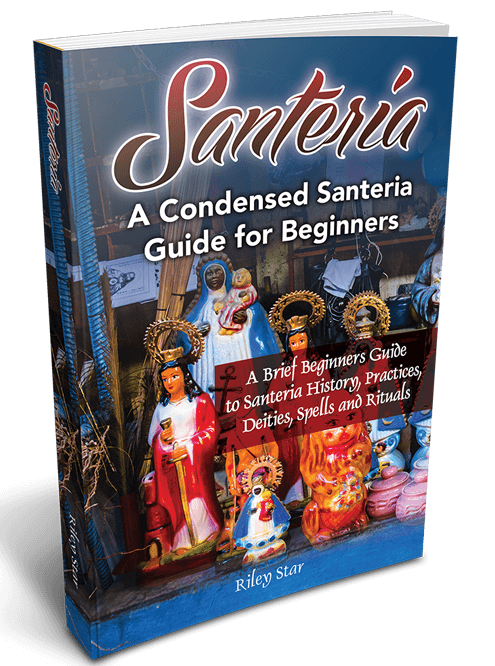