► Chapter Two: The Basics of Shamanism: Imagination and Visualization

► Chapter Five: Shaping Time and Learning to be in the Present

► Chapter Six: The Circle of Life

Shamans are known as the mediator of humans and its relation to the celestial world including spirits and omens. Society has endured the hunter – gatherer stage for many years, and as we began moving to the agricultural stage and towards a more developed way of living, the shamans took in religious roles because they began developing priesthood. According to Alvin Toffler, the societies today are suffering from future shock, which is why some people are trying to integrate shamanistic principles in their day to day lives. In the west, traditions and cultural gaps are now accepting Shamanism. If someone is really trying to learn and practice the underlying principles that Shamanism imparts then people can possibly have the ability to freely enter the different dimensions of the universe and access certain powers that one can use to improve one’s inner self. This is because the deeper sections of the mind can now speak to you in terms of different symbols. There are lots of belief systems, Shamanism included, wherein we can use certain principles in varying degrees to achieve success. One of which is imagination. This is very important when it comes to studying Shamanism. The idea of spiritual progress is synonymous because we have a belief that if we change ourselves, therefore we can change our society, and it all starts with the mind.

This chapter will provide you with the basic principles of Shamanism, how a person can become a Shaman, and the benefits of learning from this ancient belief system.

How Can You Become a Shaman

There are 3 ways that people are initiated into the art of Shamanism, these are the following:

There are also other cases on how people got interested into this belief system; maybe you’re a student and have become interested in this art, or your friend and other family members have taught you some things, or you just deliberately like the idea of becoming a Shaman for personal purposes, whatever your selection method is, shamans have traditionally underwent training for a long time. Usually, before you become a shaman in your own right, you need to be able to pass certain rigorous test or at least satisfy your master/ mentor. However, it doesn’t mean that you can’t become a shaman if you don’t go through these trainings or brutal initiation since there are now lots of ordinary people who have learned the different techniques and have successfully applied it in their own lives. You can use the techniques you’ll learn here to create a more enriching life.

Keep in mind that Shamanism, just like other religious or belief systems, will not eliminate all your problems in life – that’s impossible because problems are part of life. Instead, Shamanistic principles can teach a person on how they can better deal and solve any problems they’ll encounter along the way, and perhaps respond to it in a more optimistic approach. You still have to take action in order to get the results that you want, and along with Shamanistic techniques, you can be more successful in attaining those results.

You can use your Shamanic abilities by being able to position yourself in the right place at the right time. And once you’ve done that, the rest is up to you. You need to now depend on your innate abilities to overcome any obstacles that life presents but given the edge that you have, you’ll have a much easier time in dealing with life in general. 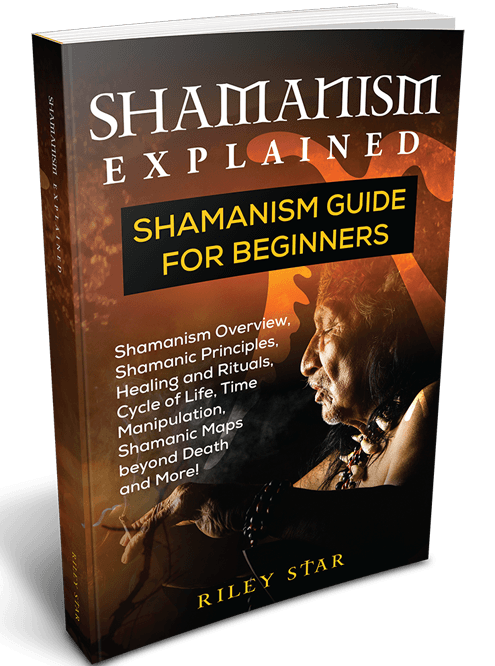