► Chapter 1: What is Voodoo

► Chapter 3: The Different Strains of Voodoo

► Chapter 4: Vodou in the Caribbean

► Chapter 6: The Dark Side of Voodoo

Chapter 1: The Dark Side of Voodoo 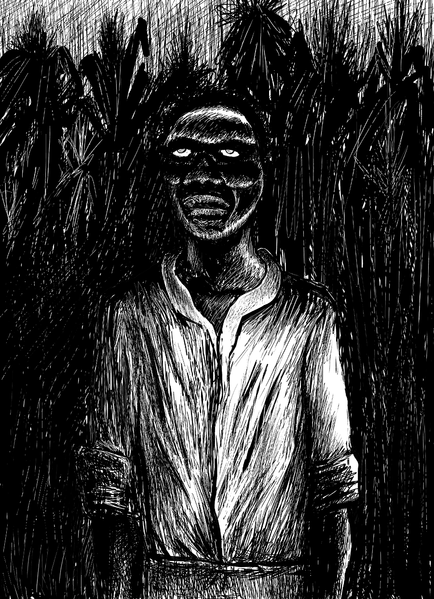 It cannot be denied, however, that Voodoo does have a dark side. Though perhaps not so different from the dark side of Christianity and Catholicism in their depictions of hell, demons, and the devil; it may be said that the dark side of any religion only serves to emphasize the good in the world, much as darkness helps to emphasize the light. It can help us to remember, however, in our study of this religion, that Voodoo came into the world consciousness only with the emergence of African slavery.

Those were almost three centuries and more of oppression, subjugation, humiliation, and tyranny over the African slaves – surely a dark time in African history, and when they cannot openly fight against their oppressors, a more subtle and mystical form of resistance were perhaps their only options. A person who cannot take up arms against his better-equipped oppressors for fear of violent retaliation must take some form of comfort in a manner of secret attack – even if it were through curses or hexes. In the same way, an enslaved man treated no better than an animal resists in his own way during a voodoo ritual when he is possessed by a spirit and thus becomes, even for that short duration, divine.

Any discussion about Voodoo is not complete without a look at the more sensational – though according to some traditional practitioners, considerably rare in actual practice – aspects of Voodoo. In this chapter, we take a look at the elements of Voodoo that have certainly imprinted themselves upon the public mind as well as popular culture.

Curses and hexes are an essential part of Voodoo, just as the Voodoo doctors who recognize those curses and hexes and prescribe certain spells or counter-curses to safeguard them from the evil of the spiritual curse or spiritual poison.
Many times, these kinds of curses or poisons are cast because of the baser sides of humanity: greed, revenge, or sheer hatred. The ingredients for both the hex or the curse varies, depending on what are prescribed by the Voodoo practitioner, and on what ingredients are locally available. To help their efficacy, natural phenomena are also integrated: a full moon, the site of a graveyard, streams, rocks, or natural groves. When the curse or the hex manifests itself, the signs usually perplex doctors or other medical practitioners, and only a Voodoo doctor can recognize it as a spiritual poison infecting a person due to a hex or a curse that has been placed upon them.

Whether or not these things are true or factual reality cannot be said – it really depends on the point of view of a person, and their spiritual beliefs. Though perhaps what cannot be denied is that there are those who do believe in these things, and they do cast curses or hexes against their enemies, just as there are those who also believe who seek spiritual help from Voodoo practitioners.

Voodoo dolls are effigies of real persons, and the theory is that with the use of tangible personal items from the real person being represented, a link is formed between doll and person so that anything done to the doll also happens to the person. Historically, however, Voodoo dolls were used by African wise men to communicate with the Loa, or the spirits whom they revere – whenever they seek guidance or help. When the African slaves traversed the ocean to come to America under conditions of indentured servitude, many of their traditional religious beliefs and practices became fragmented and the original purposes diffused. Thus, Voodoo dolls began to be used for a variety of different purposes.

But the use of dolls are not exclusive to Voodoo, and neither are they prominent in traditional Voodoo practice. Perhaps it was mostly due to the influence of film and media that the use of dolls in black magic or dark sorcery have been popularly referred to as Voodoo dolls, thus reinforcing public perceptions of Voodoo as something evil.
These days, however, the sinister little Voodoo doll with the pins sticking out of them has certainly evolved – they are now made available commercially, and are used as much for positive magical workings as for nefarious intentions. Those versed in alternative spiritual systems will be quick to say that in magic and sorcery, intent is always the determining factor in everything, and it is perhaps true that even in Voodoo magic, positive intentions can be just as true as negative ones. The Voodoo doll then is not evil per se – what it is, is merely a tool for intent.

There are many possible derivations of the English word “zombie,” including Haitian Creole zonbi, Haitian French zombi, Kongo nzambi (meaning god) or zumbi (fetish). In essence, however, zombies are popularly known to be corpses of dead persons reanimated or brought back to life through magical means.

The use of the trope “walking undead” has certainly evolved over the years in literature and media, but the original introduction of the concept to the western world was through the book “The Magic Island” by W.B. Seabrook, detailing a fictionalized account of the narrator’s encounter with voodoo cults and zombies in Haiti. And in the years 1915 to 1934, during the USA’s occupation of Haiti, American soldiers brought back with them tales of black magic and walking dead. Since then, zombies have certainly fed into the rich imaginations of the western world, until they are now virtually unrecognizable from that of the Voodoo zombies of Haitian folklore.

The ironic thing is that zombies, or the belief in zombies, actually do not play a part in Voodoo religous practices or rituals, nor in Voodoo spiritual beliefs. In Voodoo, the dead are revered and honored, and those who have passed on are considered spirits or Loas with whom the living interact and ask for guidance, help or protection. This contrasts with the natural terror or fear that will certainly be inspired by the sight of a dead corpse walking the earth as though it were still alive.

Perhaps the closest connection that zombies can have to Voodoo religious practice is the essential spirit possession that characterizes much of Voodoo rituals. When a spirit or a Loa possesses a practitioner, they are, if only for a brief moment, walking the earth. The belief is that the dead and the living coexist on this earth, but while the extraordinary powers of the dead are respected (it is believed that touching a person possessed by a dead ancestor or spirit is enough to cause a person’s death), neither are they feared in the same way as the zombie’s of popular culture.

On the other hand, there does seem to be some obscure traditional Vodou account for zombies. It is said that people who die an unnatural death – due to murder or the like – are unable to rest, and so they will linger near their graves. Well-meaning Bokors (Voodoo priests) may snatch their souls and sealed in a bottle, and either their soul or their body are utilized by the Bokor. Sometimes, the dead person himself might prefer to work rather than to just lie underground, waiting, and the assistance of a zombie can be beneficial in magical works of healing. Although there are also unsavory Bokos who will target the living to make a zombie whom then can thereafter enslave.

Allegedly, there are different ways by which a zombie might be restored: the death of the Bokor will release their hold on the zombie, feeding salt to a zombie will reverse the effects of their death-like trance, or through the divine intervention of a Voodoo god called Le Grand Maitre.

It is interesting to note, however, that some traditional South African beliefs do recognize zombies – as dead corpses brought back to life through witchcraft, and who are then enslaved by the witch to do her bidding. Other accounts claim that the witch “zombifies” a living person, thereby taking over their will completely until they are enslaved by the witch. Remarkably, a Harvard ethnobiologist named Wade Davis presented a pharmacological explanation for the zombies in Haiti.

According to Davis, special powders and chemical compounds, or neuro-muscular toxins, can be used to induce a death-like state in a person, after which the victim’s will is completely subjected to that of the caster – or a Voodoo priest that is called a “Bokor” in Haiti. Re-animation takes place after burial, in which instance the zombie realizes their identity as someone who was already dead. What brings these historical trivia full circle is the fact that William Seabrook’s “The Magic Island” was written after he read the Haitian Criminal Code which punished as murder the employment of substances which produces a lethargic coma, “without causing actual death.” The provision goes on to say: “If, after the administering of such substances, the person has been buried, the act shall be considered murder no matter what result follows.” Writer and anthropologist Zora Neale Hurston is of the opinion that much of Voodoo sorcery might actually be traceable to a unique and penetrating knowledge of the properties of herbs, plants, and other natural substances – making Voodoo knowledge of medicine and, in contrast, poisons – certainly formidable.

These days, zombies have evolved in popular culture to the extent that their links to Voodoo practice has all but been forgotten – and they grace various media as cartoons, games, and post-apocalyptic films as walking dead hungering for living flesh. But while tales of monsters all over the world includes one form of another of walking dead, what does seem to be certain is that in Haiti, there have been long-ago accounts of relatives who have died and been buried and were thereafter seen by their living family walking about as though they were still alive, of witch trains manned by zombies, or of plantations whose work was being carried out by subject zombies.

Are zombies real, then? Many are skeptical, and so zombies have not really been taken seriously enough to warrant close investigation. Wade Davis’s pharmacological explanation has been criticized enough by experts who scoff at the plausibility of drugs working to the extent that a person can remain in a deathlike trance for years, while still being able to move around. Without further investigation, however, widespread accounts of zombies in Haiti can only remain nothing more than speculation and superstition. Many modern Voodoo practitioners elsewhere certainly do not recognize zombies as part of their religion.

Juju is essentially a magical concept, and is often used to refer to magical talismans, charms, or fetishes employed in many indigenous African religions, including Voodoo. The word derives from West African origin, akin to Hausa djudju, which are used to refer to fetishes. In Yoruban terms, however, Ju-Ju refers to a native music or dance form that is characterized by rapid beats, percussion instruments, and vocal harmonies. 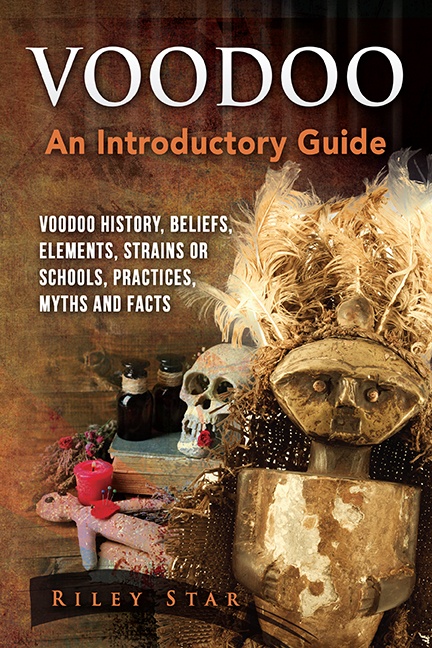