► Chapter 2: The Foundation of Astrology

► Chapter 3: Astrology: A Millennia of Studies and Beyond

► Chapter 4: So, you want to become an astrologer?

► Chapter 5: The Study of Astrology

► Chapter 6: The Basics of Astrology

► Chapter 8: Zodiac Signs and What They Mean

► Chapter 9: The Moon and the Zodiac Signs

Chapter 2: The Foundation of Astrology

Astrology was once heralded as a science is now relegated to pop culture and regarded as historically erroneous ideas. But its lasting power of lure through thousands of millennia has proven that it has been in the heart and soul of humans to search the sky for answers. Predating all formal disciplinary academics, astrology had given birth to many other disciplines, theories, philosophy and ideas which are in wide practice today. Discover the foundational principles of astrology and understand why despite skeptics of the study so many people living today’s world are still enthralled by it.

A Brief History of Astrology

We wouldn’t have the disciplines and principles of physics, or astronomy if not for the discovery and observant recordings of early heaven gazing astrologers. Those who first looked up to the skies have essentially inspired these branches of science hence the continued reference to the discipline was heard of throughout time until today. Some of the greatest minds, innovators, scientists, alchemists, theorists, politicians, generals, rulers and commoners alike have had their eyes drawn up to the heavens figuring there must be something out there that makes us make sense.

Lauded to be a scholarly discipline, astrology was once widely accepted as a science alongside astronomy. Astrology was an often used tool to predict weather patterns and seasonal changes. It allowed people to predict weather changes according to the cycles of the year, it also allowed for early farmers to gain better harvest. In effect looking up at the sky and figuring out the

It was the Babylonians who had come up and introduced the discipline of astrology which was later, in 4 BC, picked up by the Greeks. The principles of astrology were then soon inducted into the lives of Romans and it was them who came up with the 12 signs which are used to this day in horoscopes.

Egypt later came up with the zodiac signs and taken up by the Babylonians. The Egyptians recognized the relationship of the 12 constellations to changes in the seasons of each year.

The 12 signs are subdivided into 4 groups which are earth, fire, water and air. Libra, Gemini and Aquarius fall under the sign of Air; Leo, Sagittarius, Aries fall under the Fire sign; Pisces, Cancer, Scorpio fall under the Water sign and Virgo, Taurus, Capricorn make up the Earth sign. We will get into the individual character traits a more as we go along.

Each of these quadrants is housed around a circle. The separation of the 12 houses is founded on Earth’s daily motion. All these come into play on circumstances like travel, partnerships, money, relationships etc. While the division of the 12 signs of the zodiac, on the other hand, is founded on the earth’s annual rotation around the Sun.

How to Tell Frauds from Real Astrologers

When people are anxious, when they are in trouble, when they feel lost and need immediate answers, and especially out of desperation, people mistakenly turn to natal astrology chart readings to find out if they can get quick results and fast answers to their woes. These are some reasons why so many hack jobs and fraudsters have been able, and continue, to trick people out of their hopes and money. Because con artists have honed their crafty ways, many have fallen victim to and have been turned off from the study altogether, detected by the thought of it being an elaborately orchestrated, hocus pocus scheme.

Astrology is not a quick boost of instant information where answers can be immediately obtained. Nor is it a mere piece of paper inside of a fortune cookie with usually vague ill-translated messages. It is an art, a discipline, if you must, that takes many years to learn and even many years more to master. An astrologist, true to the discipline’s principles and foundation has a strong desire for the betterment enlightenment and to further the good reputation of the study. A skilled and thoughtful astrologer is aimed at presenting the truth according to the subject precepts behind what, to the novice, looks to be inconclusive, vague and inaccurate.

A true-blue astrologer would have gone to school to learn the intricacies of the discipline as well as the principal methodologies. It would have taken them a few years of getting educated on the mathematical science of the study and even a longer and on-going period of constant practice. Those who would dare call themselves an astrologist would be on a quest of improving the image of the study and give a care about being true to the discipline.

Those whose intentions are only to profit from the desperation of people would not even be worried about these important factors but would mask their greed for money and their want for recognition with flowery words and empty promises – so long as you click and buy, as soon as they get your payment details, and as soon as the cash gets to them. Yes, sadly the internet is rife with hordes of fakes. Some obvious traits are more blatant than others.

Word of mouth is always a good way to find a good and upstanding astrologist whose aim is to help improve a person’s quality of life and to enlighten those who are open to the principles of both the art and the science of the discipline. Ultimately not everyone will understand the fundamentals of astrology but those gifted and skilled with the patience will press on to discover the many wonders of the mathematical science and genius of the discipline. They would have a good reputation amongst their peers and well as with clients. They would be glad to share time with you and have you consult with them even after the fact. These are the sort of astrologers you want to deal with.

You will find many reputable astrologers online who have uploaded videos of themselves talking about astrology and how it works. This is a convenient way of checking them out visually since you will be able to size up their intentions. Knowing if they have actual skills, well, only you can tell after. There are a number of astrologers who have uploaded videos of themselves giving free lessons which you can access anytime, without having to pay them a penny for their lessons. But if you want a more hands on, comprehensive, personal experience of a natal reading, you can also take advantage of seeing them at work and decide whether they are worth getting in touch with.

One of the more “screaming fake and generated” website scams is email spamming. Individuals with one name, just one name, would profess to be the know all and be all of all things and will entice you with sweet words, like “my dearest, I know how devastated you feel…” or “I see that you have been struggling financially for so long but I see I large amount of money coming your way…” or something along those lines, and would typically sign off their long ass letter with a single name. Keep away from them.

A self-respecting astrologer will not have any problems giving you their name nor would they have any qualms meeting up with you personally, if feasible geographically. They ideally should and must give you an hour to an hour and a half of their time after you have gone over and reviewed your astrological chart and be ready with upfront answers to your pressing questions. Another would boast of being “Astrologers to the Stars” but in fact is just a catchy banner sign garishly boasting an untruth. 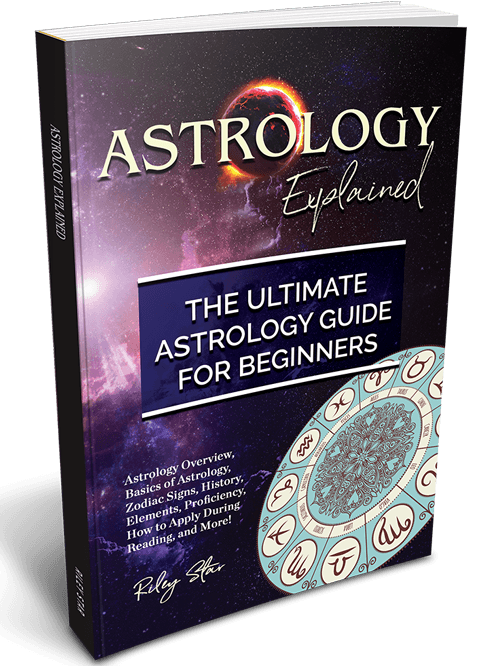