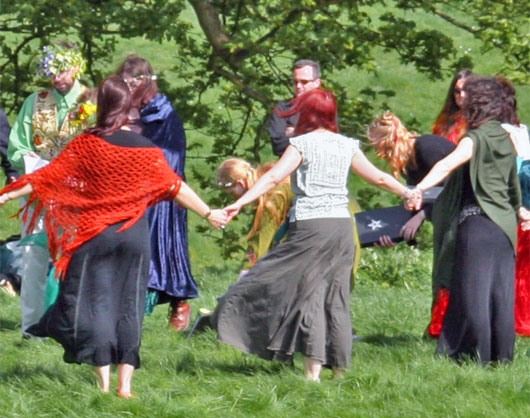 Being a Wicca or a Witch is neither something you are born, nor can achieve overnight. Unless you are raised by parents with Wiccan belief, you most will likely stumble on it from someone, or read, hear or see it somewhere. Like learning other philosophies and embracing a new belief to shape your life, there are many things you need to learn in becoming a Wiccan witch. Here are some of them.

The common misconception people have for Wicca evokes sinister association. But the truth of the matter is, Wicca is about living in harmony with nature and oneness with the divine. But as a matter of fact, the philosophies of this religious practice are present in most religion. To become a Wiccan or a Witch, you first need to understand fully what the religion is about. Wiccan belief is probably the most democratic religion in the world – there’s no doctrine, no creed, no commandments, no book to follow. Understandably, this also causes a lot of confusions that often leads to misconceptions.

You should know that what most people say or think about this religion is NOT true. It’s not a mainstream religion that follows specific rules set in stone.

Learn the Guiding Principle of Wicca

“An it harm none, do as thou will” – in simpler terms, it means ‘as long as it doesn’t hurt anyone, that includes yourself, do as you will. This doesn’t only apply to the teachings of the religion, but also to life in general. Contrary to popular belief that Wicca or Witchcraft is about learning curses and hex to punish other people, Wiccan belief is actually more like the “law of Karma” or actions and consequences, which is also equivalent to the Newton’s law that says ‘in every action, there’s an equal opposite reaction.’ With this, Wiccans do NOT put spells, curses or hex anyone, as ‘harming anyone’ is equivalent to committing a sin, which will have its consequences.

Again, Wiccans believe in the ‘law of three’, and that anything you do will come back to your, threefold. This means they try not to do bad things, as they will get more of it in return.

Belief in Wiccan or Witchcraft is NOT Satanism.

Wiccan religion is NOT only for women. As a matter of fact, Gerald Gardner, an English archaeologist and amateur anthropologist, is regarded as the father of modern witchcraft, as he popularized the movement, as he was the instrumental person in bringing the pagan religion of Wicca to public attention.

These are just some of the many things you need to learn about Wiccan belief. In becoming a Wiccan witch, you definitely need to familiarize the philosophy of the religion so you can embrace it fully.