Home » All About Runes » Runes Terms You Should Know About 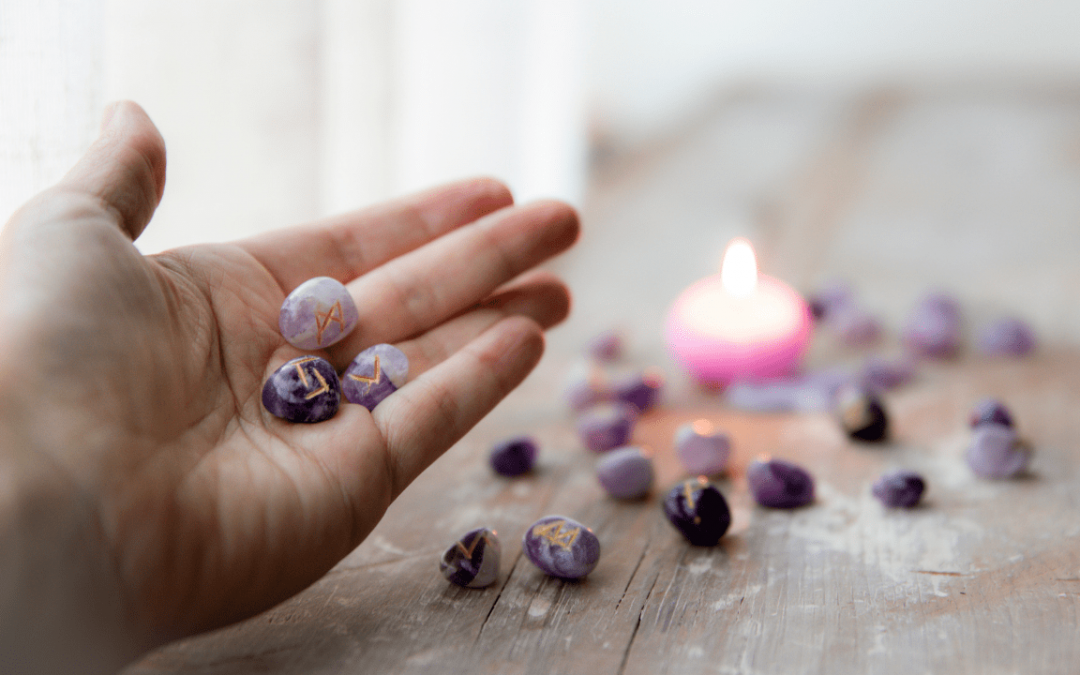 Runes are the letters in a set of related alphabets that are widely known as Runic alphabets. These letters are utilized to write different Germanic languages long before the adoption of the Latin alphabet and for specialized purposes subsequently. The word RUNE means mystery or secret and Runes are now used for magic and divination, and they are earning religious meanings and were used in ceremonies. Simply put, they are a charm or spell, in the way we write our messages.

Runology is the scholastic study focusing on the runic alphabet, runic inscriptions as well as runestones and their rich history. The study forms a specialized branch of Germanic philology.

Let’s dive now to beginner-friendly terms about Runes you should know about if you are to learn further about them. We’ll do it, touching the two most prominent runes, the Elder Futhark, and Anglo-Saxon runes, enhancing basic knowledge within each of them and help you learn more about the use of runes.

Elder Futhark is used for writing Proto-Norse; an Indo-European language uttered in Scandinavia that is believed to have evolved as a northern dialect of Proto-Germanic. Elder Futhark consists of 24 prunes; arranging three groups of eight; and each assembly is referred to as Ætt (Old Norse, meaning ‘clan, group’).

Means prosperity, fulfillment, gain for something, and cattle.

It is described as determination, strength, life force as well as a wild ox.

It is affirmed to be an unexpected change, a brutal force, giants, and Thor.

It is the transmission of ideas and knowledge, it also means communication, Odin, and mouth.

The term referred to being positive attitude, power, warmth, energy and also, fire.

Hagalaz are forces that are not within your control, it is disruption, your life’s limitation and in board terms, a hail.

It is the word used to describe infinite emotional happiness, as well as joy and succession of something.

A beautiful rune used to describe the ability to achieve goals with such resiliency, it is one’s endurance. It is also referred to as Yew and Yggdrasil.

When referred to the collective potential of people, interdependence with each other and the very humankind.

It is the steady growth. It is also the awakening, and when referred to as day, or an increase in something, Dagaz quoted the term.

Female figure; it is also associated with water, evolution, and cleansing.

Berkana means birth, new beginnings, fertility as well as a home that is pure and true.

Ancestral wisdom, heritage, and possessions; Othala, is also referred to as being home.

When talking about the wisdom of the universe, protection, and support, Algiz holds the word for them.

Anglo-Saxon rules are runes applied by the early Anglo-Saxons as the alphabet in their writing system. Characters are known as being collective as the futhorc, that are attained from the Old English sound values of the first six runes. It is the development of the 24-character Elder Futhark.

This means richness and wealth, a time to share, generosity for others,

Referred to as the native country, and the inherited land

Denotes a spear; it is the center point. It also means always hitting the target, great power, skill, and victory. Moreover; reliable success, mastery, and balance.

Gift, to give something endearing; it is noted to be marriage, a new love as well/ Freedom is related to it.

Lagu means the body of a lake. It is also associated with emotion, changing of moods, romance, and companionship. The frickness, and the unpredictability of our world, and revelation of it, is also called Lagu.

The practice of riding; a journey undertook, travel. It is also an emotional and physical rite of passage, as well as used to describe changes.

It is proving your strength and abilities; adventure and enterprise.

Jara is used to define the yearly harvest; efforts that have rewards, hard work through the seasons. The cycle of life. Wealth and riches are achieved in the end. Moreover, Jara is a predictable change.

A creator and a warrior. It is strength, duty, victory, and courage. This is the strength and fortitude in overcoming a difficult situation, circumstance.

Ear means earth, grave, decay. It also means life and death, as well as the inevitable end to all things, moreover, the time to look into the future and leave the past behind.

Stan is a stone, an obstruction, and a blocked path. It is also the link, merging the spiritual and the earthy.

This is fire, the destruction, and transformation, and the liberation of the spirituals aiding because of fire. It is to be noted the meaning of the sacredness of the heart and the home.

Mann means self, family, and companionship. It is caring and helping through troubles and life adversities, and the kindness you give to other people.

This is the beautiful term for new beginnings and positive changes; awakening as well as awareness, happiness, and victories, and light and energy.

It is fascinating to unravel beginner-friendly runes, circulating around the two most prominent types of it. The words that were laid out hold great meanings, and with awareness of each of them, surely your journey of learning runes will be a lot easier to navigate and have a solid grasp on.