Home » Runes » How to Buy Your Own Runes 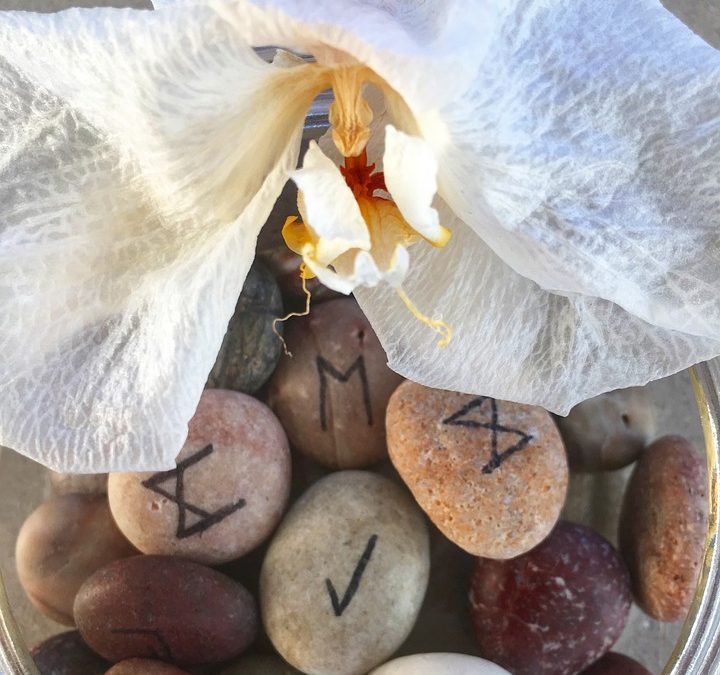 How to buy runes? Runes should be ideally made out of stone or wood just like what the Vikings use back then. However, there could also be other natural materials that present rune masters use as substitute such bones, slate, limestone. You can buy runes in New Age boutiques, gift shops or you can find some in antique stores, and have it delivered or shipped at your house. How to buy runes? Before you purchase anything, its best that you look all the possible options and buy something that feels right to you or something that you’ll be comfortable using. How to buy runes? Try to use your intuition and ‘feel’ the runes before buying them. Needless to say, you need to buy something that resonates with you.

How to buy runes? The runes should always be clean before and after you use it especially if you bought it from a commercial store or an open shop where lots of people touched it.

The runes should ideally be washed with mineral or spring water, and properly dry it before you put it in its pouch (which should also be ideally made out of silk, leather, velvet or felt). Buy a pouch that has a drawstring made out of leather or a simple thong.

Keep It in a Pouch

You can also try and make your own pouch or a container where you can place the runes you purchased. Some people use a box that’s made out of wood. Many rune masters use casting clothes but it’s more of a preference. The important thing is to make sure that the runes are safe, clean, and not damaged.

How to buy runes? The Elder Futhark or Runes have 3 divisions. Each division has 8 runes, and has a total of 24 runes. The 25th rune should be blank and must be separated from the rest. This is quite similar to the Greek’s alphabet into groups of 8 but divided into 3 divisions which reflect the 3 worlds of universe.

These sets of runes are an Icelandic term known as Aett. The meanings included in it are linked with lineage, and the 8 directions. Aett is also similar to Airt which is a Scottish word, and Aird which is an Irish word, and its meaning is something related to the 8th horizon which is a means of direction.

The number 8 is something powerful and significant to the Vikings because it is believed as a number assigned to the gods. The number 3 is also powerful for the Vikings. There are 3 sets of Aetts namely; the Freyr’s Aett, Haegl’s Aett, and Tyr’s Aett.

It’s also important to note that even if each runic set has its own god, the overall rules of the runes are still the chief god which is Odin.

Freyr vs. Haegl vs. Tyr

The first set is called Freyr’s Aett which represents growth, unfolding, and increase; the second set is called Haegl’s Aett which is known to set the elements; and finally, the third set is Tyr Aett which is meant to bring courage in the face of adversity since Tyr is a warrior god. Each rune has its own assigned god and a corresponding planet or zodiac sign as well as other animal and natural associations.

Each runic symbol represents a letter that can also be equivalent in the modern English alphabet we now have today. It can also be linked to Old English lettering, Icelandic symbols and also German and Norwegian letterings.

It’s not that important to know all the alphabetical links or language links but it will come in handy if you want to buy another set of runes so as to have a variety or personalize your own rune set or have some sort of historical interest.

In addition to the symbols of the different languages aforementioned, each rune also has its own name and may have a slightly different traditional order particularly the 23rd and the 24th rune as it could be sometimes interchanged. Germanic letterings correspond to the normally used rune symbol.

What Are Wyrd Runes?