Home » Paganism » What Are the Common Tools of Pagans? 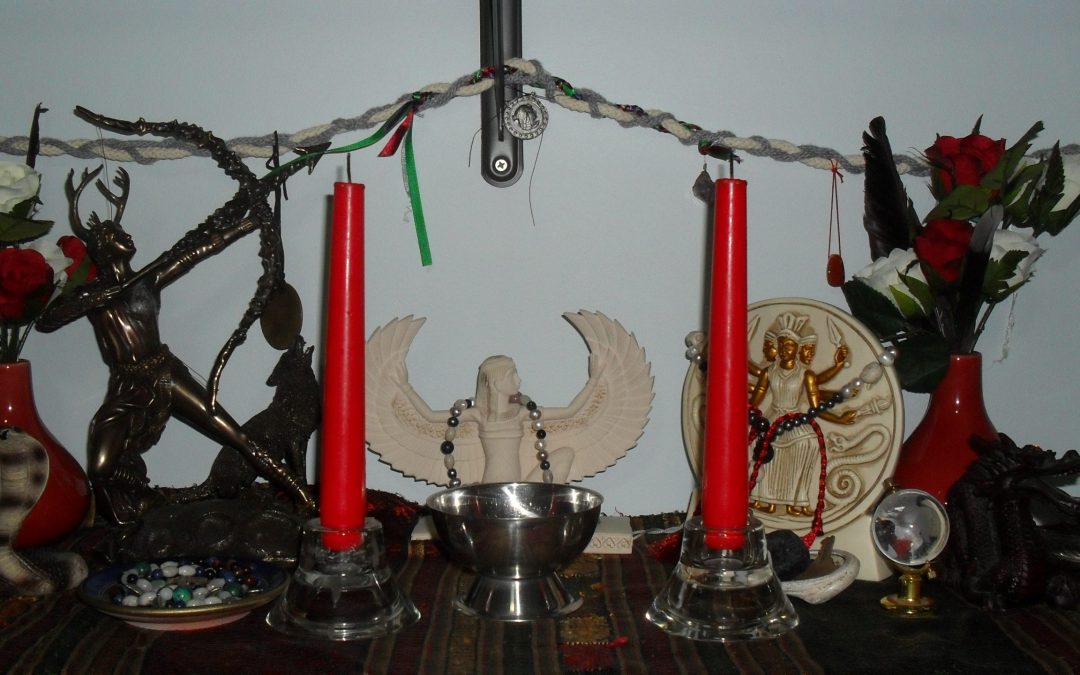 Here are just some of the tools you may use for pagan rituals.

What are the common tools of Pagans? Candles are used in many Pagan traditions as well as Wiccan rituals. They can be used not just in spell workings but also to symbolize the god and goddess as well as the element of fire. Candles are believed to be able to absorb your personal energy and release the same energy as they burn. Some traditions and rituals require candles to burn for a certain number of days.

Candles are also useful for meditation and sharpening one’s focus. They are one of the simplest and yet most significant tools in Paganism. It is believed that their potential power is increased if you make the candles for the ritual yourself. It allows the candle to be made with your specific intent, whatever that may be, thus it becomes far more suited to your ritual than store-bought candles.

What are the common tools of Pagans? Another consideration in candles is their colors; each color holds its own meaning. White is for purity, peace, and for the goddess. Black is for shapeshifting, binding, and protection. Brown is for special favors and is used to influence friendships. Silver is for dreams, intuition, astral energy, and clairvoyance. Purple is to help open or strengthen the third eye, to access psychic ability and hidden knowledge, and have spiritual power. Blue is for wisdom, calmness, protection, and spiritual inspiration. Green is for physical healing, the element of earth, financial gain, growth, and achievement of personal goals. Red is for passion, survival, and strength as well as signifying the Blood of the Moon. Orange is for personal success, property deals, and justice. Yellow is for intelligence, memory, logical imagination, and for breaking mental blocks.

What are the common tools of Pagans? The cauldron, like the chalice or cup, can be used to symbolize the womb of the goddess. As such, it is regarded as a vessel in which life begins. It can also be used as a symbol of transformation. In Celtic mythology, the cauldron has links with the enchantress Cerridwen, who possesses powers of prophecy.

Your cauldron could be used for a number of magical purposes. This could be where you burn incense and candles and also where you burn your offerings. It also works as a vessel in which you could blend herbs for your rituals. It is a great tool too for brewing potions and performing paper spells. Some find cauldrons effective tools for scrying when filled with water.

What are the common tools of Pagans? Like the cauldron, the chalice is found in many goddess-oriented Wiccan traditions. It is seen as the womb of the goddess from which life springs forth. It is a symbol of fertility and abundance, and in some traditions, it is used with the athame to represent the female aspect of the Divine in symbolic reenactments of the Great Rite. It can also be used to offer libations to the deities and in partaking in the cakes and ale ceremony.

Traditional chalices are made of silver. However, it can be made from other materials too like wood, ceramic, and glass, so long as it is sourced from the earth.

What are the common tools of Pagans? Crystals are imbued with metaphysical properties that make them effective instruments during Wiccan and Pagan rituals.

Here are some of the crystals you can use for your own rituals.

It is a purple crystal used to calm fears and induce peaceful slumber. It also promotes self-discipline, pride, sobriety, inner strength, and self-awareness. When worn during meditation, amethyst can help pave a path for new spiritual growth as well as heighten intuition and psychic abilities.

What are the common tools of Pagans? It is a deep forest green crystal used for emotional healing and well-being. It also promotes kindness, generosity, benevolence, sympathy, and unconditional love.

Black onyx is a crystal used to symbolize endings and is effective in banishing and releasing spells. It can be used to cast protections and to ward off negativity. Additionally, it can be used to boost a person’s self-confidence and personal strength.

Blue kyanite looks like a piece of sky on earth. It is used to balance energies and promotes freedom, fearlessness, and personal truths. When worn, blue kyanite helps the wearer in finding the self and boosts one’s energy when starting a new phase.

What are the common tools of Pagans? It is a gorgeous red crystal that is used to protect, transform negative energies to positive ones, stimulate desire, and guard against insecurities and fears. When worn, garnet can promote passion, positive attitudes, strength, vitality, and an open heart.