Home » What Are the Basic Paganism Tools for Your Rituals? 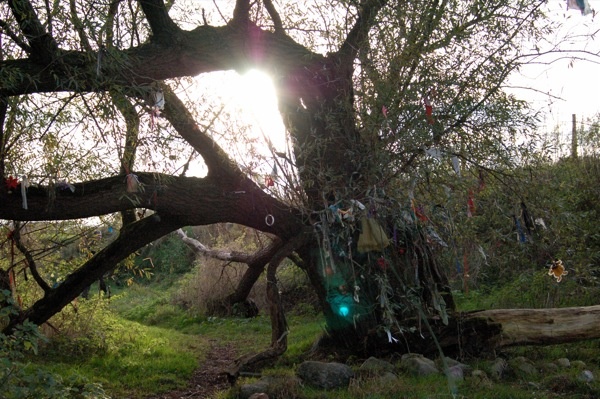 What are the basic Paganism tools for your rituals? Special robes are worn in certain ceremonies and rituals performed by Wiccans and Pagans. If you belong to a coven, you may be obliged to wear a robe stylized according to the group’s standards. In certain traditions, the color of the robes is used to indicate the practitioner’s level of training, same principle as taekwondo belts.

Though special robes aren’t a strict requirement in many rituals, some still opt to wear them as a way of establishing their identity and life separate from the mundane. Indeed, wearing special robes allows one to more fully step into the ritual mindset and enter the magical world with a clear mentality.

Like the special robes, a magical staff is not a necessity. However, there are times when they do come in handy. Usually associated with power and authority, a magic staff is often allowed to be in the hands only of those in high positions with an advanced level of skills, such as a High Priestess.

What are the basic Paganism tools for your rituals? The magic staff, also called the spirit staff, is made from wood. You may choose what kind of wood to use depending on the kind of energies you want your staff to wield. The popular choices for staff are oakwood and ash, because of their strong spiritual links. Many also choose white pine, applewood, and maple.

Applewood is often centered on and around ideals of honor and glory.

The beech tree embodies determination, and thus is centered on achieving goals.

Pine trees are fast growing, and pinewood thus is used to represent new beginnings and rebirth.

The willow tree is considered the healing tree. Thus, wood from the willow embodies the same, as well as promotes the importance of receptiveness and nurturing.

What are the basic Paganism tools for your rituals? The wand can be made from different materials, but the most commonly used is wood. The witch can choose which wood to use for the wand.

Acacia wood makes for tricky wands that only serve their purpose for their owner and obey nobody else. Alder wood is rigid and stubborn, which is why alder wands are best suited for owners who are accepting, agreeable, and considerate. Ash wands are unwavering and mulishly loyal, clinging to their one true master. If passed to another, ash wands will lose their power. It is best for the brave and courageous, for ash delights in owners who are not so easily swayed in their beliefs. Other woods used for wand making are blackthorn, suited for warriors and fighters; black walnut, suited for those with good instincts and powerful insight; cedar, suited for the shrewd, clever, and perceptive; cypress, suited for those with heroism in their hearts; dogwood, suited for those who are playful and ingenious and have a propensity for fun.

What are the basic Paganism tools for your rituals? The sword is typically used only in covens, not by solitary witches. Similar to the athame, a sword can be a guide to direct power and to cast the circle. However, that is where the similarities should end. It is important to think of the sword as its own tool with its own unique meaning, and not just as an extended athame.

Swords are used to denote status, and even in the olden age, it is carried only by nobility or those born in the higher classes. In the same vein, a ritual sword could only be wielded by a person of authority within the coven, possessing advanced magical skills and knowledge, such as the High Priestess.

How to DIY Pagan Ceremony