Home » What Are the Instruments in Performing Ritual Magic? 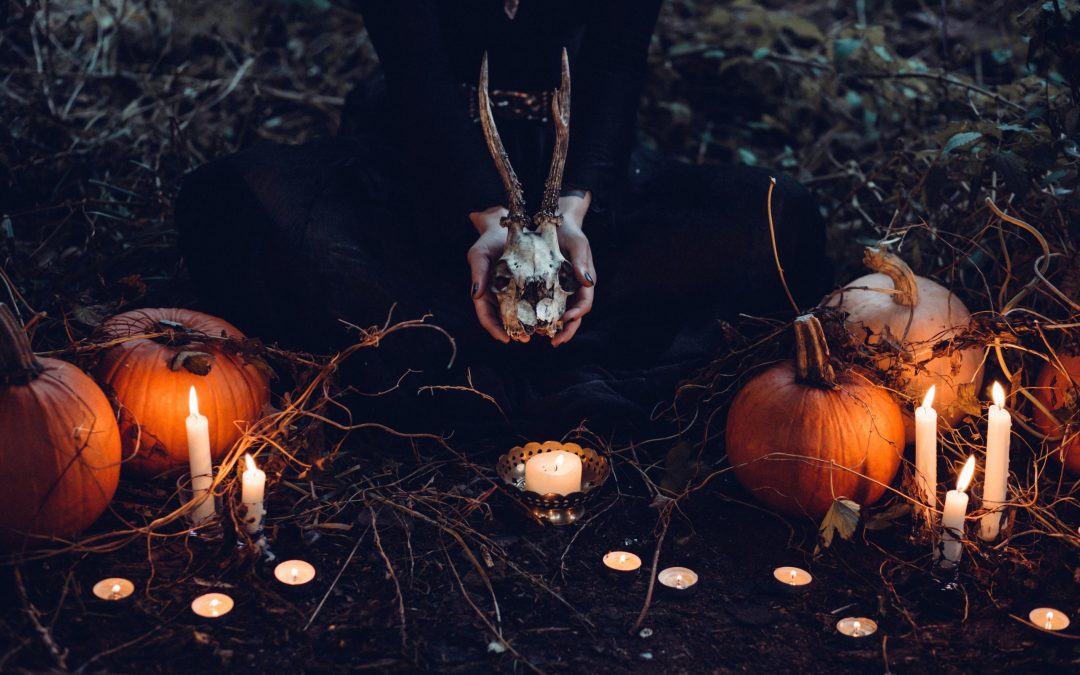 The Instruments for the Elements

What are the instruments in performing ritual magic? The most conventionally used tools for ritual magic are the chalice, the wand, the pentacle, and the at home. Each of these tools represent an element.

What are the instruments in performing ritual magic? The wand represents the element of Air. According to Gerald Gardner in his Book of Shadows, the wand can be used to “summon spirits with whom it would not be meet to use the athame.”

The wand directs energy and focuses it more intently, and it can be used to consecrate a space or even call upon a deity. As a phallic symbol, it also represents male virility and power.

Your wand could be made out of metal, rock, or, more typically, various types of wood. Wiccan traditions make use of different crystals and gemstones in their wands to increase its spiritual energies.

Air is what keeps us all alive. This is Prana, it is energy that surrounds all, constantly and without fail. When breathing in during a ritual, you breathe in and connect with other dimensions.

Through this element, the name of the archangel Raphael is invoked. Raphael heals and protects, and his sword cuts away both ailments and human worries. It slashes away unnecessary concerns and uncertainties with a sure steady hand.

Also called the cup or the goblet, the chalice represents the element of Water. In Wiccan tradition, it is regarded as the symbol of the Goddess, particularly her womb that carries life, directly contrasting the wand. The chalice also bears resemblance to the Holy Grail.

The chalice becomes the receptacle of your energy and intention in performing your ritual. The chalice has its own consciousness required to understand what it is you want to achieve. Drinking the water from the chalice allows you to receive the energy imbued within it.

What are the instruments in performing ritual magic? In reverse, the chalice can also be used to throw away whatever it is you want to be removed from your life. This could be negative emotions, worries, and anxieties about various aspects of your life.  By tipping away the chalice filled with water and the negativities, you then let go of things that could have been holding you back.

Your chalice can be made of a variety of materials, but the most commons ones are silver or pewter.

Water represents the tide of emotions and relationships as well as growth and life. Indeed, the human body contains a fair amount of water, and it is in water that we are immersed before birth. Plants and all life need water to grow; crops and flowers bloom underneath spring rains and we need to drink it every day to keep our bodies moving. Water integrates all life forms as well as connects all the energies within.

The archangel Gabriel is called upon when performing a water ritual; he is the messenger between dimensions and represents bringing forth new life.

Also called the paten disc, the pentacle is an altar consecration tool that represents the element of Earth. A sigil or magical symbol is engraved on a pentacle, most commonly the pentagram or the five-pointed star.

The pentacle usually acts as a protective talisman. During evocation, it is used to hold items or materials to be consecrated, not only blessing them but also imbuing them with magical energies.

Your pentacle can be made of wood, metal, clay, or wax.

What are the instruments in performing ritual magic? Earth keeps us steady and holds us in place as we commune with various dimensions. It is the source of our life.

Though a point of stability, the energies from Earth also are the gateway to change. Transmutation and transfiguration are rooted on the Earth’s control; if you wish to change one thing to another, then you have to draw from the power of the Earth. It is the foundation of alchemy, and its secrets will let you turn scarcity into abundance.

When calling upon the element of Earth, the archangel Uriel is invoked, he who presides over the luminaries and connects us with all creation.  Uriel offers us the key to unlock the unlimited knowledge of the great unknown.

An athame, which could be a sword or ritual knife, represents the element of Fire. Traditionally with a black handle, an athame is used to direct energy for the casting of magic circles or other such purposes, not unlike the wand. It usually is a double-edged blade that must not be used to draw blood or physically cut anything.

Your athame can be made of any kind of metal, such as silver.

What are the instruments in performing ritual magic? Fire is a powerful element that could both give life and take it. As such it must be respected and not used carelessly. Fire overcomes and heals, as well as cleanses and renews. It is used to symbolize the birth of something new from something old, like a phoenix rising from the ashes.

To call upon fire is to invoke the name of the archangel Michael, who reigns supreme over the heavenly host. Michael heals and brings balance and peace.

Other instruments used in ritual magic include incense to purify, a bell to drive away bad spirits, a besom or broom to sweep away the space before the ritual, as well as various divination tools.

Robes, staffs, and crystals can also be used depending on the ritual to be performed.

How to Perform Ritual Magic?