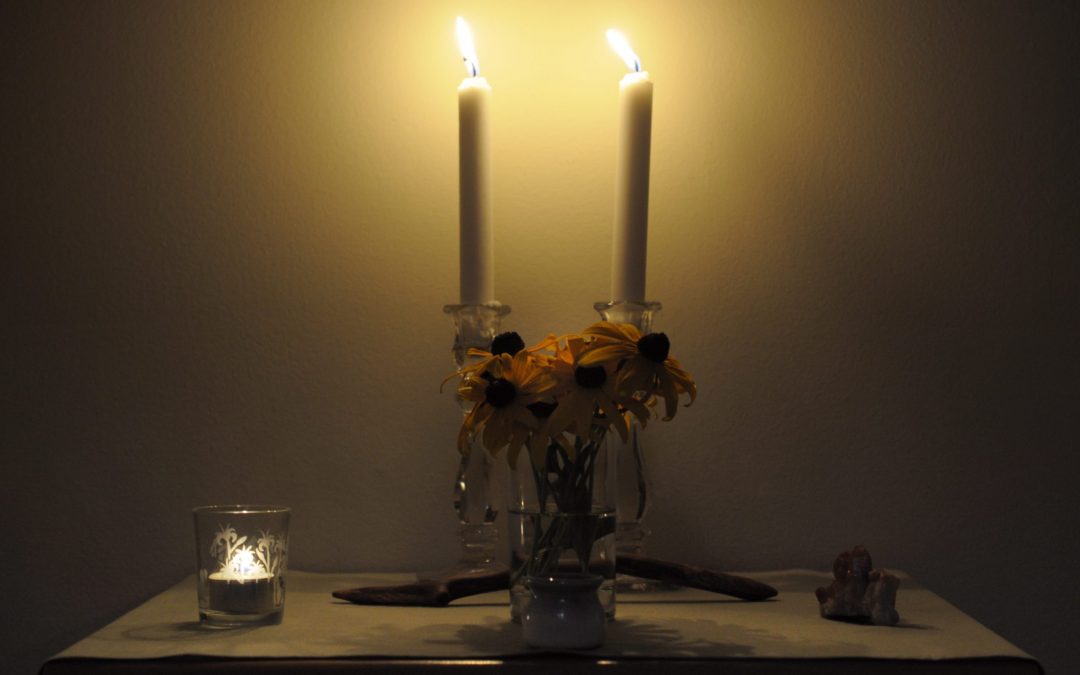 However, this doesn’t mean you should just pick all the tools you could get your hands on. You should first understand their purpose and the meaning behind them. Not all traditions use the same tools, or they don’t use it the same way. Depending on your practice, you should just get the tools that serve your purpose, and before doing so, you must first be sure in your ability to utilize them.

Here are some of the common tools used in Wiccan and Pagan traditions.

What magical tools used for Pagan Rituals? Of all the tools that witches use, the altar is perhaps the most important and significant. The altar is typically placed at the center of Pagan rituals, acting as a sacred space for a witch’s work. All other tools used in the rituals are usually placed on the altar. They are extremely crucial in Wiccan and Pagan practice, to the point that some witches opt to install permanent altars that could be used all year round. For some, they choose to have seasonal altars that can be changed as the Wheel of the Year turns. There are various kinds of altars, and a witch’s home can have more than one altar.

One of the most common kinds of altar is the ancestor altar. The ancestor altar is used to display photos, ashes, or heirlooms from deceased family members. It is a common theme across many cultures too, not just in Pagan traditions. For instance, the tradition of putting up displays of a collection of objects and photos of dead relatives can be found in Mexican heritage. This ritual display is called an ofrenda, which is put up during the annual observance of Día de Muertos or Day of the Dead, celebrated every November 1.

There are also nature altars, typically used by people who enjoy picking up items or objects they find in nature such as an unusual rock, a pretty seashell, or a particularly pleasing branch.

Altars can be seen as a reflection of your spirituality, so it is recommended that you place on it things that you treasure or value.

For ritual altars, it could be used to hold instruments such as a bell, a wand, a cauldron, a book of shadows, an athame, a pentacle, a pendulum, a collection of crystals, and whatever else your ritual may require.

What magical tools used for Pagan Rituals? The pentacle of paten symbolizes the element of Earth. It is a consecration tool engraved with a magical symbol or rune. This is not to be confused with the pentagram, which is the symbol typically inscribed on pentacles.

The athame symbolizes the element of fire. Used sometimes in place of a wand, it can act as a tool for directing energy, casting a circle, controlling spirits, and various other rituals in Wiccan and Pagan traditions. The athame, under any circumstance, must never be used to cut or to draw blood. Otherwise, it will be tainted, and thus deemed improper for the ritual. Sometimes, such case could have disastrous consequences. After all, there should be no weapons in Wiccan tradition.

What magical tools used for Pagan Rituals? The wand symbolizes the element of air. It could be made from different materials, but the most commonly used is wood. The witch can choose which wood to use for the wand.

Acacia wood makes for tricky wands that only serve their purpose for their owner and obey nobody else. Gifted wielders would produce the best magical results from acacia wands.

Alder wood is unyielding and stubborn, which is why alder wands are best suited for owners who are accepting, agreeable, and considerate.

Ash wands are steadfast and mulishly loyal, clinging to their one true master. If passed to another, ash wands will lose their power. It is best for the brave and courageous, for ash delights in owners who are not so easily swayed in their beliefs.

Other Woods You Can Use

The chalice symbolizes the element of water. It is used to signify the Goddess, or more specifically, her womb that brings forth life.

The Book of Shadows

What magical tools used for Pagan Rituals? There is no single book of shadows. Instead, it is a notebook containing spellwork, rituals, charts, and other such information, typically passed from a Wiccan to another. It can be a sort of heirloom from a mother to daughter, containing secrets of their traditions.

How to DIY Pagan Ceremony