Home » astrology reliable » What Does the Pentagram Symbolize in Wicca? 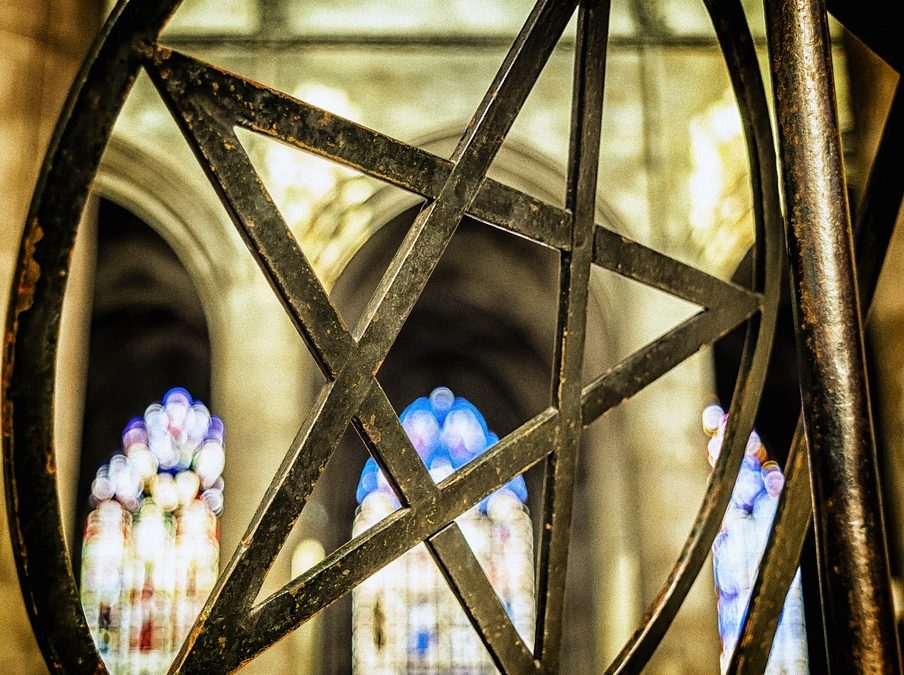 One of the most important symbols in the Wicca religion that are also widely used in other religions and the new age movement is the Pentagram and also the Pentacle. The pentagram is just a five – point star whereas the pentacle is also the same five – point star but the difference is that it is encased in a circle. The circle represents the divine power of the almighty because it has no beginning and end.

The irony is that these symbols have been used in almost all religion in every culture around the world ever since. Any culture that has a form of mathematical prowess has came up with these symbols including cultures that have been separated and have never communicated with each other, that far back in both archaeology and history. The pentagram and the pentacle is often found in cultures and religions that have been totally isolated from the rest of the world so these symbols says a lot, and clearly has an important meaning in every religion or culture.

Since the dawn of humanity, the five – pointed star has been a symbol of guidance and casting light upon dark mysteries as well as revealing knowledge and power. It’s also a symbol of protection. For instance, there are many countries and also states that use the star to represent their symbol of protection. Take the United States of America; each state is represented by stars in the flag. If you see it this symbol being used with a group of people like the police force or military, it represent that they are the protector of people. In addition to that it also has various meanings especially in the field of religion or spirituality.

The Pentagram Meaning in Wicca

The pentagram also symbolizes spirituality over materialism; the point on the top represents the point of spirit (God, humanity, nature). The other points in the star represent the four elements as mentioned earlier. The earth is green, the water is blue, the air is yellow, and the fire is red. When you turn the pentagram upside down it usually represents the grounding of spirit or otherwise known as materialism over the spiritual world. The second degree is the service to the elements as well as the physical world.

The correct way to use a pentagram is when the point is facing upwards.  The pentagram is also known to some people as the star of Solomon. In the Christina religion, Solomon was the king in the Old Testament who asked God to grant him the knowledge so that he will know what other people really desire in their hearts.

The pentagram and pentacle symbol can be used upon any altar or any magical purpose.

You may see many Wiccans wearing a pentacle ring; the correct way to wear it is to have the point facing upwards to the sky when a person stands in the natural position. If you wear it on both hands, it could indicate that you are in control of everything that comes your way. If the ring is worn on the right hand facing in the opposite direction that usually means that emotions will shoot out or something as a projective force of the body while the left side is seen as the receptive force of the body but it has the same indication as with the right hand but the power won’t be that strong.

These religions look at the Pentagram and the Pentacle as some form of evil without knowing the history of these symbols. Both these symbols have been used by the Protestants, Catholics, Israelites and the Jews; the Jews and the Israelites use the pentagram to represent the five books of Moses. With Christians they use it as the five limbs of Jesus Christ – the two legs and arms as well as the sphere in the chest which also represents the five wounds of Christ. The irony on top of the irony is that witch hunters used the pentagram and the pentacle symbol to protect themselves. The very symbol that witches often use as their main symbol much like how Catholics use the cross use the pentagram as a form of protection. This idea though has fallen away and most Protestants have forgotten about it which then begs to their testimony that they may not know what they’re talking about because not a lot of people knew its history.

You can see churches that date back to the 1500s and 1600s that has the pentagram on the building. An important thing to know is that there is a secret meaning of the pentagram, and not a lot of people know about it and have never made the connection. The secret is that the pentagram is the blueprint of magic ceremony. People often see the star or the pentacle as a human being with its arms and limbs stretched out. So basically, it represents an individual and when most people cast a spell, they cast a circle and then they stand in the center; the pentagram encased in the circle which then creates a pentacle. So what do people do after standing in the center of the pentagram in most rituals? They invoke the five elements – the spirit is the deity within the circle before proceeding to calling the four corners which is the north, south, east and west.