Home » cosmos » What is Wicca? 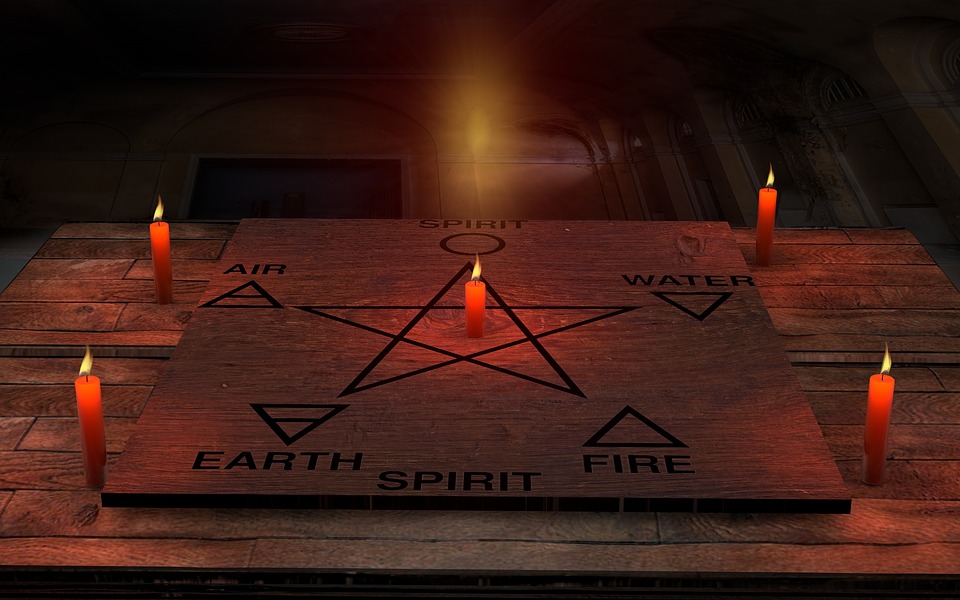 Before we start discussing about Wicca, it’s important to note that the practice of it or any other religion is not concerned about what someone believes it is more concerned about how someone upholds those beliefs. The set of beliefs that many witches believes to be true is called Wicca while witchcraft is the name referring to the collection of practices which means that it’s not only used by wiccans, it can also be used by other non – wiccans. The term wicca and witch are usually used interchangeably but there are people who call themselves “witches” but doesn’t necessarily mean that they are wiccans. Again it goes back to the point that witchcraft is something that can be practiced by anyone including non – wiccans, or those of other religion. It’s basically just another form of means that can be used by almost any kind of spiritual practice including those in the cults. Wicca is a tool for empowerment and it is also a key belief. It helps those who are practicing it makes great changes in the world whereas witchcraft helps them exercise their beliefs.

The most basic Wiccan belief is in the Wiccan Read. There are various witchcraft techniques that violate the Wiccan Read which means that there are witches out there who believe in cursing or doing wicked things to harm others spiritually or perhaps emotionally. It is contrary to the Wiccan Read that’s all about not harming anyone or anything which is why real Wiccans will not use witchcraft practices even if it exists.  The Wiccan Read is perhaps the main differentiating factor between a true Wiccan and a witch of another kind. You see, there’s no magical bonus or some sort of magical perk that is awarded to Wiccans to those who may have been initiated to other people.

When it comes to the difference between a Wiccan witch and other kinds of witches is that the former has sworn an oath before a deity or there covens as this basically re – affirms their desire to harm none. The Wiccan Read is a statement of morality and how one should live their life; it’s kind of like the Ten Commandments of the Christian religion. If the Wiccans sworn to harm none in front of a deity that leads us to the question of where are the orthodox witches? Well, it lies on the beliefs and practices; if a witch is an orthodox type and not a Wiccan, they could have the exact same beliefs, modes of conduct and attitude as other people within their community so you can expect them to have strict ideologies with regards to what is and isn’t acceptable behavior, and uniform beliefs which in extreme cases may result to mob mentality or injustice which we still see today.

Orthopraxy communities refer to general correctness of action which really has nothing to do with beliefs which is why it’s only about the way to do things. It’s evident for instance if a particular community celebrates a holiday on the same day and in very similar ways / rituals especially when they’re seeking healing, protection and other cultural similarities. Some of the members may have personal names that they only use in their practice while some have entirely separate private deities or the ones that the rest of the coven uses. You may see Wiccans do both of these things which is normal. There are also some covens that don’t have any specific deities and they only refer to it as the god and goddess, the Lord and Lady or sometimes they are not given names.

Wiccan witches are orthopraxy and not orthodox. Most covens are orthopraxy; the Gardeneraism is perhaps the most orthopraxy that one can get because they have an initiation system that prevents anyone who doesn’t know the exact form of witchcraft so that it will maintain the integrity of their magical practices. Keep in mind that everyone still has their own individual preferences and differences; private personal beliefs are permitted in most covens.

Oftentimes Wicca is referred to as a pagan religion but more recently more and more people are considering it as a religion on its own and that’s probably because Wicca has different sects just like Judaism and Christianity which we can call lineages or traditions. These terms are usually used interchangeably. The same lineage usually has a lot of individual covens within it. They are considered as covens of religious and spiritual family which is people coming together to unify their practices, perform magic together, worship a deity and support each other as a community.

The open – minded lineage doesn’t really fit into any categories because it’s technically not Wiccan; it’s more of an eclectic Wicca because they allow members from any religion with any title that is quite unique from other covens with lineages that exists right now. They basically add on to the degrees that other people already have in other religions or something that they gained in their own time like if they do self initiations or whatnot. The ideas that were organized around the fact that members don’t want or may not want to conform to certain beliefs or practices to some standard but they still want to be in a community and can’t seem to find one that does not make them conform.

Keep in mind that orthopraxy is more of an adherence to a standard but that standard can be defined by anyone which is why if you’re holding yourself accountable or you want to stick to your own tradition and you probably feel satisfied with your own practices then one can consider themselves as an orthopraxy especially if you don’t really fit into a coven.

Bottom-line is that Wicca is a religion with certain beliefs which are shared by anyone who claim the title of being a Wiccan. There are witches playing pagan but their beliefs are not at all close to the Wiccan standard and there’s also the real Wiccans who are solitary practitioners that has their own practices, beliefs and variations in tradition.