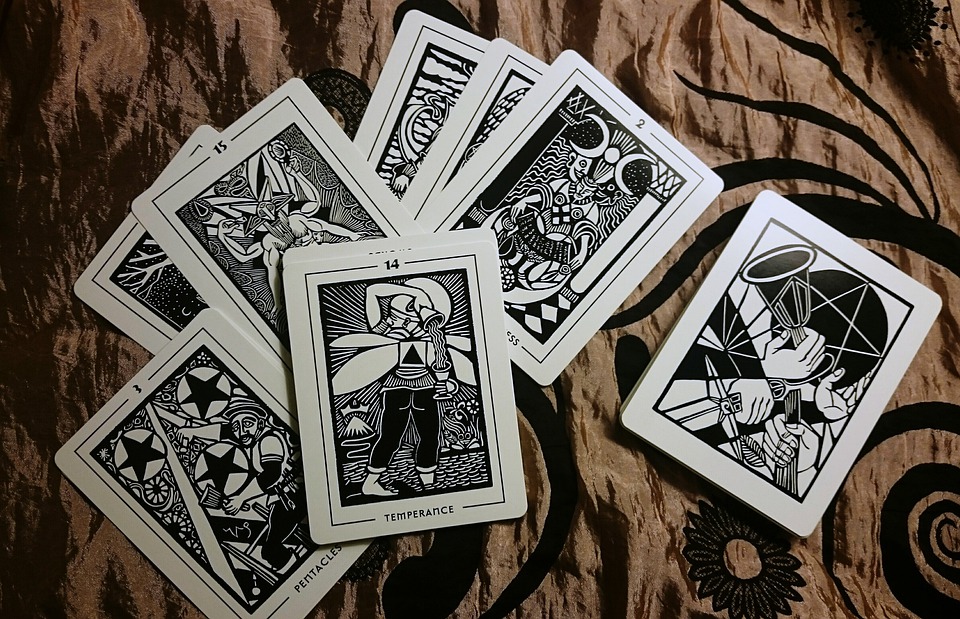 Are tarot readings accurate? This is the common question that people asks for many years since the ‘art of tarot’ was invented. And while there’s no exact or proven based answer to this question, it makes you wonder why despite that, there are still a lot of people who are willing to study this field, become experts at it, and even make a living out of it. Why there are still people out there who are willing to draw out cards, believe in what the tarot readers tell them, and believe in the power of the colorful yet sometimes disturbing imagery depicted on the cards and relate it somehow to every area of their lives? I mean it’s just a photo of something – and it’s just a piece of card! How can it possibly tell you anything? Are tarot readings accurate? The weird part is that more often than not these cards somehow do tell what a person is currently going through and sometimes it also shows a glimpse of the future. Well, in this article, you’ll learn how accurate tarot readings could be once the right styles are implemented.

One of the most common tarots reading style is the love spread. This spread or layout focuses on a person’s relationship, but not just about one’s romantic relationship. It’s also use to evaluate a person’s physical, spiritual and emotional connection to their current or potential partners. It’s a six card spread and the pattern signifies a certain interpretation but is these tarot readings accurate?

Another common tarot spread is the success layout. Obviously this type of spread is concern about an individual’s successes in terms of career, dreams or even in oneself. This kind of layout will also help a person in how to overcome certain challenges and could also get some advice on how to achieve a resolution to a problem. It may also represent the things an individual already has like the resources or skills that are available. It’s also a five – card spread with this layout, and can make tarot readings accurate.

The first card represents the main challenge or problem of the seeker. The second card represents the complications from those challenges. The third card denotes some factors that the seeker needs to know which are affecting the current situation. The fourth card signifies the people or ideas that could make the seeker grow to achieve a certain goal. The fifth card indicates what the seeker needs to do to achieve a goal, avoid failure as much as possible and become successful in an endeavor.

One of the most complicated is the celtic – cross spread but it’s perhaps one of the most original layouts and it has been used for many centuries. The layout’s versatility has been helpful in assessing complicated queries because it can be read in different ways depending on the card’s combinations and patterns. This kind of layout basically focuses on the seeker’s issues as well as the outside factors that are at play. This type of layout may be quite hard to understand especially for beginners but of course practice can make you better. This is a 10 – card spread with this layout but can it make tarot reading accurate?

The first card represents the seeker’s current situation. The second card represents what’s holding a person back or what is helping him/her. The third card focuses more on the seeker’s true desire that he/she may be unaware of, as well as the subconscious influences that ultimately affects his/her life. The fourth card represents the past events and issues that are still bothering the seeker. The fifth card focuses on one’s conscious desires and the goals that are very important for the seeker. It can also tell where the person should place his/her energy and how one should use that energy to accomplish an objective. The sixth card represents one’s path – either positive or negative. If it’s particularly negative, the card in this placement can also tell the seeker how he/she can avoid it or bounce back from it. The seventh card represents the seeker’s attitude, ideals and actions. The eight card represents the kind of energy that the seeker gets from the people surrounding him/her and if this energy is helpful or not. The ninth card which is also known as the revelation card; it denotes that there are things that should not be neglected and one must pay attention to such things because it can have a huge impact in the current or possible situations. The tenth card is the final outcome of a situation and it is also related to the fifth card. It will tell the reader and the seeker if the energy in a particular issue is complementing or conflicting one another.

There are 16 personality cards or commonly known in tarot as the court cards. Court cards have these following characteristics that you need to keep in mind because it can make the tarot readings accurate.

Court Cards stay true to their element. They live, breathe and die in the nature of the suit that they represent. Say for example if a court card shows up and it belongs to the suit of pentacles, you can expect that this card cares about practicality, it’s grounded and deals with the concrete side of any issue since pentacles are of earth elements. The court card belonging to the wands suit represents challenges, creativity and the self – expressive quality.

Court Cards are not gender or age specific. Court cards express energies but it doesn’t pertain to a certain age or gender. Say for example, you pulled the Queen of Cups it doesn’t necessarily mean that it’s about a woman; it could mean that it’s about somebody who has characteristics, reactions or experiences related to what the Queen of Cups card is denoting. It can be quite tricky sometimes to not look at the gender or age that is being depicted in the card.

Court Cards reflect level of experience with a certain elements.The Pages card within each suit are the least mature, the Knights are more adventurous, the Queens serve as the channel or vehicles in which the element can be fully expressed, and the Kings are the leaders or masters because it has characteristics that likes to have control over the element and sometimes are personally creative with the element. You have to keep in mind though, that there’s no such thing as a good card or a bad card, there’s no absolute positive or negative card, there could be a positive or negative approach depending on the situation but there’s no card on the deck that is intrinsically good or bad.

Tarot readings are pretty accurate but it also depends on how you phrase the question as it will give you a format or context in which the question will be answered. Court cards, tarot spreads along with the cards can mean different things, so instead of just randomly pulling out a card, it’s best to have a proper context or determine a certain aspect. We hope you learn how tarot readings can be accurate.

Tarot Card Terminologies for Every Beginner

How to Make Choices Using a Tarot Spread?

How to Learn Tarot Reading?