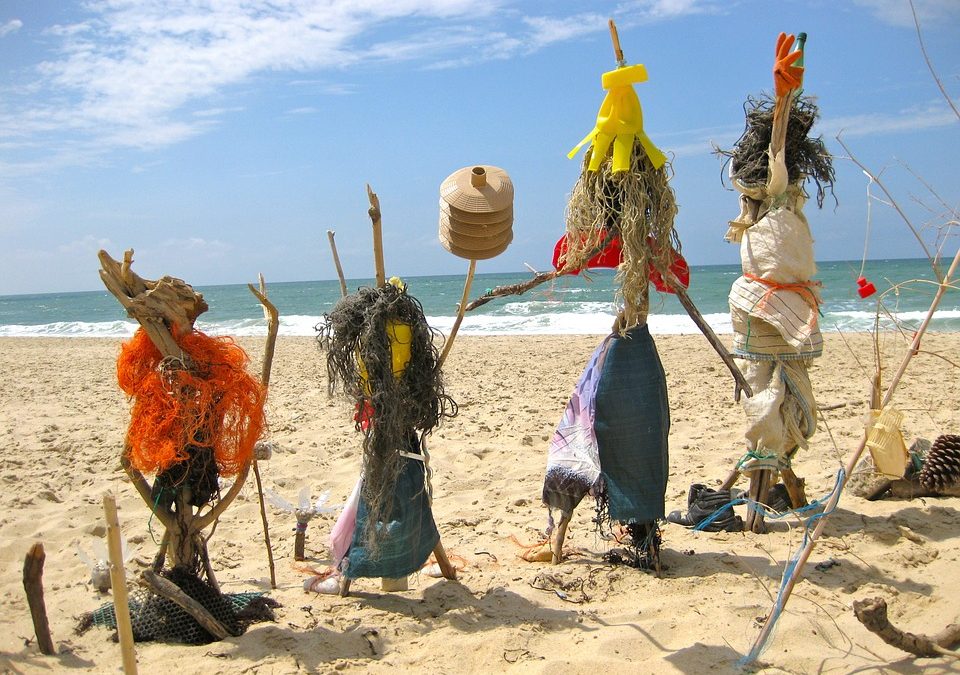 A famous Voodoo priestess is Scully Elly Maitros. Aside from being a Voodoo priestess, she is also a Haitian Hounzi Kanzo initiate. She likes exceptional exposure using her voodoo joint, this is both spiritual and botanical oasis. This is located in Louie’s Juke Joint, in this place, she has guided everyone starting from the up-and-coming practitioners up to the most experienced Voodoo practitioners.  Scully is revered as one of the most respected and dedicated priestesses. She made a great contribution to this practice, as well as an understanding of this religion in their place of residents. Many people believe that she is an expert, especially in using roots and herbs, with a great knowledge of the naturopathic application.

Known as the reigning Queen of the New Orleans Voodoo from 1983 up to know, Bianca received this title from Liga Foley. Foley is her aunt through marriage as well as the granddaughter of Marie Laveaux I. The former has performed rituals formed by the latter and carried the legacy of the voodoo in New Orleans. The Queen learned ways from both Santeria and New Orleans voodoo at an early age. She has studied a lot of ancient traditions and path, with this, she became very well known in specializing in the original voodoo occult items in New Orleans. She is also known for making magic fetishes, good luck charms and small voodoo statues by hand. A close encounter with Queen Bianca would surely move you. So many people love and go after her.

Samantha Corfield, another sought after Voodoo priestess, was born in New Orleans in the center of family tradition of hoodoo, voodoo, and mountain magic. Although she is a Catholic, Samantha is surrounded with herbal potions, root work, as well as folk magic spells in her childhood up to her youth.  This Voodoo priestess is ordained as Reverend of the Universal life church as well as the Haitian priestess. She is known as the oracle in her family because she has inherited the mystical tradition of the spiritual leadership in her family. She claims to have started the unique witchcraft tradition in New Orleans trough hr late Oneida Toups. Corfield has enlightened all her devotees who also serve as her clients. She has a positive commitment to spiritual truth. She is also popular among locals, this has made her an enduring figure of the American voodoo.

Before she became a Voodoo priestess, Ava Kay Jones was an attorney by profession. This was her calling before she has switched to her true spiritual calling. Jones has impressed a lot of visitors and people through her amazing presentation of authentic voodoo rituals that were also practiced by Marie Laveau although there were only one out of 20 people who are practicing Voodoo Mambos in their area. She is also the featured performer and founder of the Voodoo Macumba Dance Ensemble. This is group performance of dancer, drummers, sword and snake dancers, as well as fire-eaters. She is also known to have performed in movies and various festivals, also with blessing ceremonies.

Chief Sharon Caulder has a different story. She was called into her journey when she was 40 years old. She took the journey as an exploration and a transcendence towards her ancestral homeland. This place is located in Benin, a West African Country. This is revered as the birthplace of the Voodoo religion. Voodoo priestess Caulder met her Supreme Voodoo Chief in Africa. He is Chief Daagbo Hounan Houna. He agreed to teach her the spiritual traditions of this religion. While teaching her, she became the voodoo chief. She returned to the U.S. with a task to spread the Voodoo’s message being true religion and faith in all people living in Africa. Caulder stayed in New Orleans. She has a property, which she also operates the Chez Vodoun. This is a spiritual oasis.

Mambo Sallie Ann Glassman has practiced Voodoo in New Orleans for a long time. She has started in 1977. In 1995, she traveled to Haiti to undergo initiation rituals which include a week-long couch. In this ritual, she was revered as the High Priestess of Voodoo, or some people call it as Kanzo, Ounsi, and Mambo Asogwe.

Voodoo Priestess Mambo Sallie Ann is one of the few American names who was ordained using the traditional Haitian initiation. She has a Jewish-Ukranian heritage although she is an American. Also has a wide knowledge of divination practices such as ritual practice. And gives a brand new look to the traditional practice of the priestesses. Voodoo Priestess Glassman is one of the most active Voodoo priestess practitioners in America. Aside from that, she is also a Voodoo tradition-historical as well as the roots of the Haitian Voodoo religion. Glassman also founded the La Source Ancienne Ounfo and also the founder of the Island Salvation Bonatica. This is a great resource of the Voodoo religion. She also showcases her art here.

Priestess Miriam Chamani is born and raised in Mississipi. This Voodoo priestess experienced a lot of mysterious spiritual forces that were powerful starting from her childhood. In 1975, the power of this spirit has called her greatly. It told her to lead many spiritual orders and to take a seat at an Angel All Nations Spiritual Church. In here, she has an increase of knowledge in spirit. Aside from that, she also explored the metaphysical concepts as well as teachings. In October of 1982, she was ordained as the Bishop of the Church and served until 1989. By 1990, she and her late husband Oswan Chamani stayed in New Orleans. In here, she founded the Voodoo Spiritual Temple. This is the only temple in the state by that time.

Aside from the things she is good at, the priestess is also known to be an unprejudiced and unbiased spiritual guide. She sees her people by not their races or color but also with their hearts. In the Voodoo Spiritual Temple, the priestess is known to do different traditional Voodoo services such as Voodoo wedding.

How to Become a Voodoo Priestess?