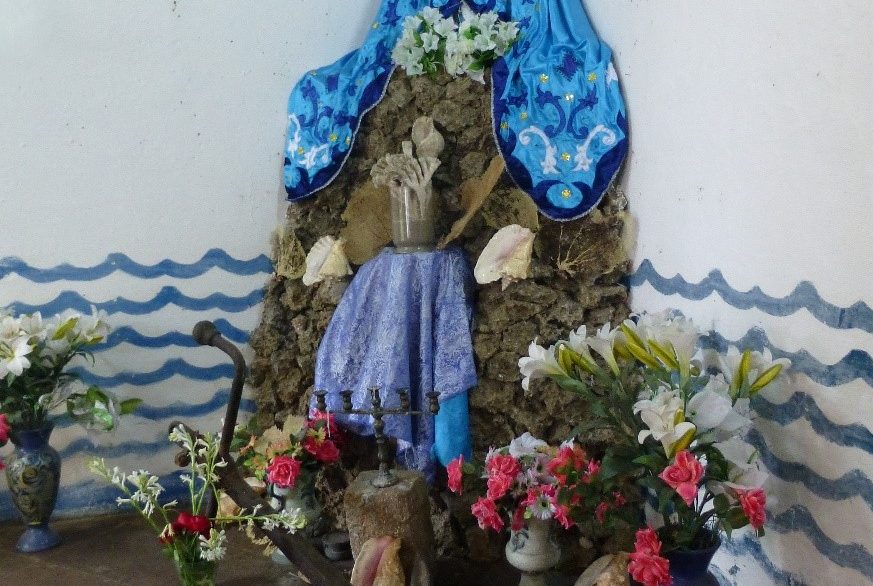 Santeria is a religion that focuses on building a relationship between humans and Orishas. Orishas as powerful spirits, a mortal manifestation of God (called Olodumare). Followers of the Santeria religion believe that the Orishas will guide them through life, enabling them to achieve their destiny, as long as they carry out specific rituals and offer sacrifices. It is a symbiotic relationship – the Orishas need to be worshipped in order to continue existing and humans need the Orishas to meet their ultimate destiny.

There are many misconceptions out there about the Santeria religion and one of them regards the idea of Santeria being a pagan religion. This confusion may stem from the fact that Orishas are often referred to as Gods which could suggest that Santeria is a polytheistic religion similar to paganism. In reality, however, Santeria understands the Orishas as different aspects of the one God (Olodumare) as they are manifested in the physical world. Like many modern religions, Santeria only believes in one true God.

Every follower of Santeria has his or her own destiny as decided by Olodumare. Each person is also thought to be the child of a specific Orisha of which there are hundreds. When an individual is initiated into the Santeria religion, he or she must first appeal to the Orishas in order to determine their path and to solidify their commitment to their tutelary Orisha. That Orisha will then guide them throughout their lives in their journey toward enlightenment.

Though there are many different Orishas in the Santeria religion, certain ones are more commonly worshipped than others. Each Orisha can be correlated with a specific saint in the Roman Catholic religion, and they are also correlated with certain colors and numbers which come into play during rituals and ceremonies.