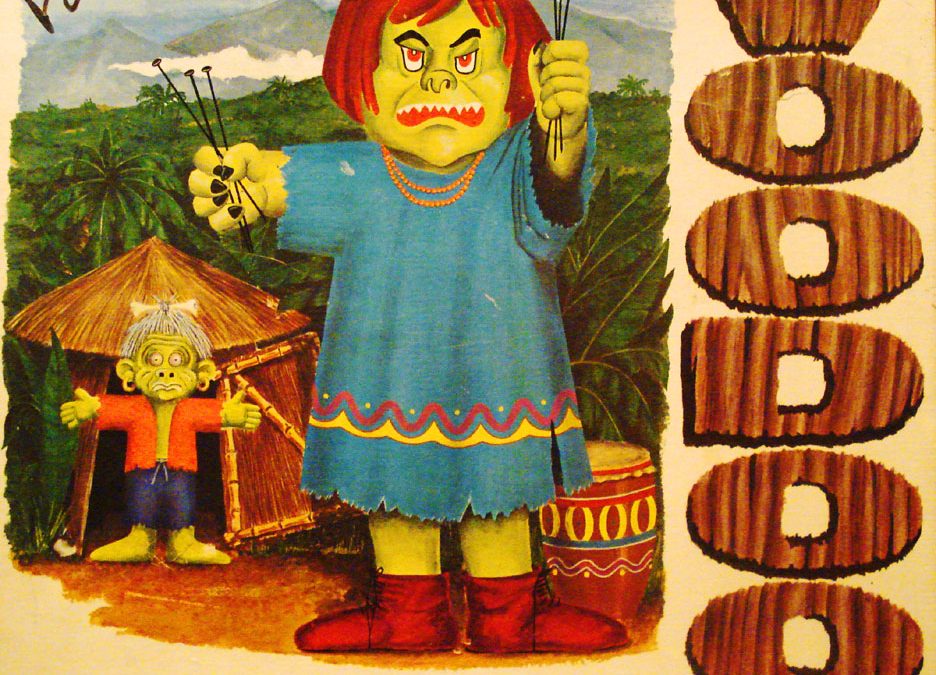 Many people mistake Hoodoo as a types of Voodoo. The difference between them is actually simple. Voodoo is a religion while Hoodoo is just more of a Southern Folk Magic. Hoodoo implements the magical techniques of the Congo natives without any belief in gods or deities or of any religion.

There is no presence of the lwa, nkisi, or orishas of Africa. In fact, most people who practice Hoodoo are Protestant Christians. Hoodoo workers are also known as “Root Workers” or conjurers. These people usually make magical charms that they call jack balls or mojo bags. They also use other magical materials for spell work such as candles, magical powders, lamps or herbal cleansing baths. All of this magical work is often done while praying the Psalms or reading a passage from the Bible, and also praying to Jesus and God the Father.

While the vast majority of Protestant Christians are Hoodoo practitioners, there are some Catholics who will petition saints. It is very important to note that they are petitioning the saints and not as a syncretized image for an African god or deity. Needless to say, Hoodoo is not a types of Voodoo.

The mambos and houngan confine their activities to what is referred to as “white magic” that’s often used to bring healing and abundant fortune. However, bokors or caplatas perform acts of black magic or evil sorcery. It is sometimes called “left – handed type of Voodoo.” It is very rare for a houngan will engage in such sorcery; a few alternate between dark and white magic.

A belief that’s quite unique to the types of Voodoo is that a dead person can be revived even after having been buried. After resurrection, the zombie has no will of their own but remains under the control of others. In reality, a zombie is actually a living person who never actually died but is just under the influence of powerful drugs administered by some sort of an evil sorcerer. Most Haitians believe in zombies but only a few have seen one. There are people who claimed to have seen zombies but there’s no actual evidence.

In New World Voodoo, the spirits with whom the believers interact with can be divided into 3 main families: Petro, Ghede, and Rada. Lwa can be viewed as a force of nature but believers say they have personal mythologies and personalities. They are also known to be extensions of Bondye’s will which is for them the ultimate principle of the universe.

The Rada Loa spirits have their roots in Africa as well. They are known as deities or spirits who were honored by slaves that were brought to the New World and became the major spirits within the new type of Voodoo religion. The Rada Loa is generally creative and benevolent spirits and is associated with the color white.

Rada Loa is often considered to have some form of Petro aspects that are more aggressive and harsher than their Rada counterparts. Some sources describe various personalities while other people depict them as completely separate beings.

Petro Loa originates in the New World which is now known as the country of Haiti. As such, they don’t appear as a type of Voodoo such as African Voodoo religion. They are often associated with the color red.

Petro Loa tend to be harsher and aggressive. They are also often linked with dark practices and subjects. To divide up the Petro Loa and Rada Loa in terms of good and evil, however, it would be highly misrepresentative and rituals dedicated toward harm or assistance of another usually involve loas of either family.

The Ghede Loa Spirits are linked with carnality and dead. They are believed transport dead souls, make obscene jokes, perform dances that sort of mimic sexual intercourse, and behave irreverently. They also celebrate life in the midst of death. The color of the Ghede Loa spirits is black.

Other Types of Voodoo

The African Traditional Religions for many centuries has been the victim of colonial stereotypes and racism. This was an institutionalized way of discriminating the African people by labeling their types of Voodoo religious practices as demonic or barbaric. The changing society’s perception of black natives into something like a sub-human or animal in order to justify the slave trade as well as the brutal treatment of African slaves by Christian and Muslim.

Racist depictions of other type of Voodoo practices usually include describing the religion as demonic. It’s quite common to portray these religions as nothing more than harmful spell casters that focus on “zombifying” people such as using voodoo dolls to harm other people, or creating pacts with the devil and engaging in cannibalism. Satan doesn’t exist Santeria and it’s also not worshipped in African Traditional Religions.

Keep in mind that whenever you see depictions like this in TV programs or films, they are actually racist descriptions serving to scare the people in the West through portraying African religions as barbaric. Even the term black magic is actually racist. It originates from the labeling of African people as black and that their religion is purely evil. Therefore black magic means black religious practice was evil. Whenever one is referring to harmful magic then call it that, and not as black magic out of respect for the black people living in Africa and their different types of Voodoo practices.

Santeria is often mistakenly depicted as an evil religion that worships devils and engages in blood – thirsty type of rituals in order to do evil on other people. This is actually further racism, and a colonial depiction of the complex yet beautiful African religious tradition of Santeria. The chief tenet of Santeria is to always strive to stay in a place of ire (blessings) by following the advice of their elders, orishas and egun. There’s a strong ethic of helping other people and working hand – in – hand to help people out of sickness and poverty and towards more health, prosperity, longevity, and blessings.

There is the use of magic for one’s defense, but in many ways this is no different than praying to God for defense against your enemies or petitioning saints to stop those who seek to harm you. Believers pray for “iré omó, iré owó, iré arikú babawa” which means “blessings of children, blessings of prosperity and blessings of long life.” They also strive to cultivate a good character, live peaceful lives and respect nature and others around us.

The problem is lack of understanding and lack of knowledge. As long as people accept racist stereotypes in other type of Voodoo practices it will be much harder for the rest of the society to accept it.

Is Voodoo a Cult?

How to Make a Real Voodoo Doll that Works?