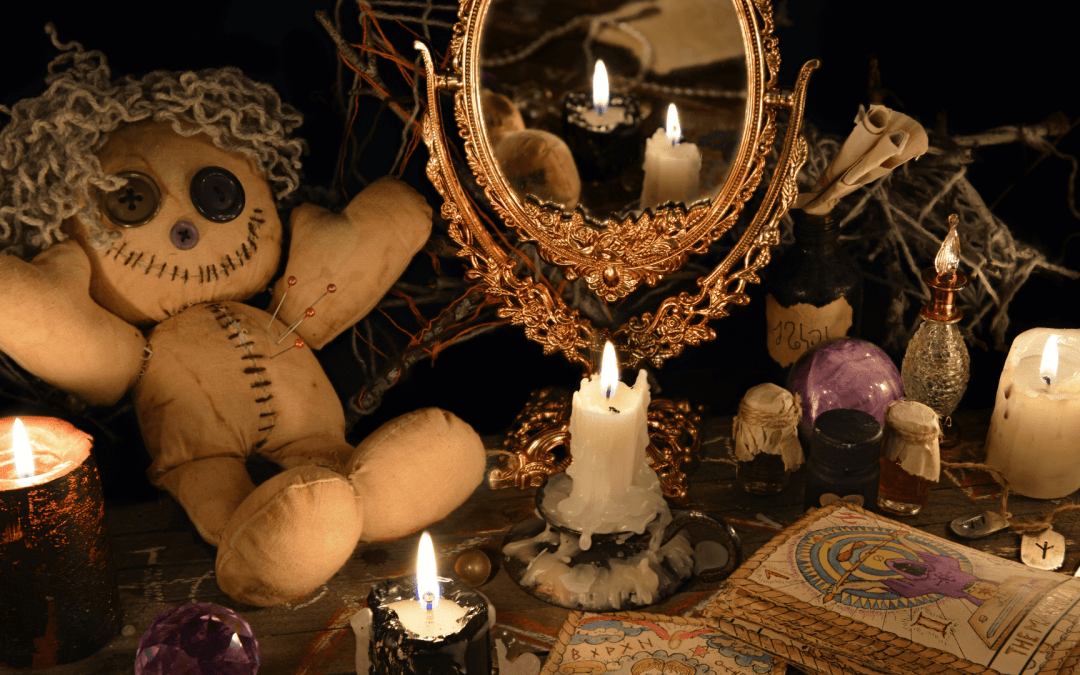 Voodoo, is a sensationalized pop culture of Vodou, an Afro-Caribbean religion that takes Haiti as its place of origin. Starting from Jamaica, to the Dominican Republic, going to Brazil; the United States; Asia and other European countries; it’s no wonder Voodoo rituals is influential, and in actuality, also powerful and timeless. To set the record straight, Voodoo has very little to do with so-called voodoo dolls and zombies.

It is a whole assortment of cultural elements; mainly personal creeds and practices that encompasses an elaborate system of folk medical practices; an organized way of ethics transferred across generations discussing proverbs, stories alongside songs and folklore. It is more than a belief, but a very real, graceful way of life. With you taking interest in searing Voodoo’s essential beliefs and rituals, we’re not wasting any more time. Below is the established list of every basic and general beliefs and rituals Voodoo religion takes part in. This general knowledge will serve you right; if you are a beginner wanting to get a good grasp in this divinity.

Voodoo, first and foremost, teaches belief in a supreme being called Bondye

Unknowable and uninvolved creator God; Bondye is responsible for creating the universe and everything it all has, and he maintains the order of the universe. He is inaccessible to humans, and humans must instead interact with spirits called Lwa.

Lwas responsible for specific domains’ life has. For instance, if you are a farmer you must give praise to the spirit of agriculture; if you are suffering from a one-sided love you’ll take guidance for the spirit of love and so on.

Voodoo believes in universal energy; and a soul of which can leave the body in times of dreams and spirit possession.

Resembling Christian theology, spiritual possession is usually regarded as act of the devil. In Voodoo, however, possession is wished, it is considered valuable, and a spiritual venture and connection with the spirit world.

Animal sacrifice is integral in Voodoo divinity. This type of sacrifice in Voodoo strongly suggests spiritual sustenance for the Lwa; and rejuvenate Voodoo devotees.

There are over a thousand of Lwas in Voodoo

Lwas offered help, protection, and counseling for humans in exchange for ritual service. They possess wisdom deemed useful for humans. They can also be faithful or capricious in their relationship with devotees. When angered, they remove their protection to their devotees and alternatively showers misfortune, illness, and madness.

The morality voodoo have is contextual to the situation

Voodoo reflects people’s everyday circumstances; which takes center on techniques used to lessen illness; and misfortune and doing what needs to be done in order to survive; taking emphasis on the greater good and the bigger picture.

Voodoo promotes a belief in destiny

Still, this divinity provides individuals freedom of choice. Voodoo’s view of destiny translates to encouraging a fatalistic outlook in life.

Healing plays a vital role in Voodoo. Mambos are Voodoos healers; and typically a client will approach a mambo complaining about an illness or misfortune; and Mambos are to use divination to determine the cause and select a remedy. To heal, they mainly use plaints and prescribe baths that contain water infused with various herbs.

The intent of fine art is to evoke a Lwa to penetrate a ritual area and possess one of the worshipers, whom they will then intercommunicate with within the community. The prosperity of the procedure is predicated on mastering the various ritual actions and getting the aesthetics accurate to please the Lwa.

Drums are perhaps the most sacred item in Voodoo. Devotees believe that ritual drums contain an etheric force called nam, and a spirit referred to as hunto.

The creation of sacred works is a great part of Voodoo. The altar often contains images of Roman Catholic saints. Moreover, you may also take sight of human skulls on their altar, because altars also serve as devotion for their ancestors.

Various spaces aside from altars are used in Voodoo. Cemeteries are where spirits reside, making them suitable for certain rituals. Crossroads are also ritual locations and believe that a certain point of it has access to the spirit world. Other places are Christian churches, rivers, the sea, fields, and markets. Now that we have covered the basic beliefs and rituals Voodoo have, are you ready to take on the new level and be more in-depth?