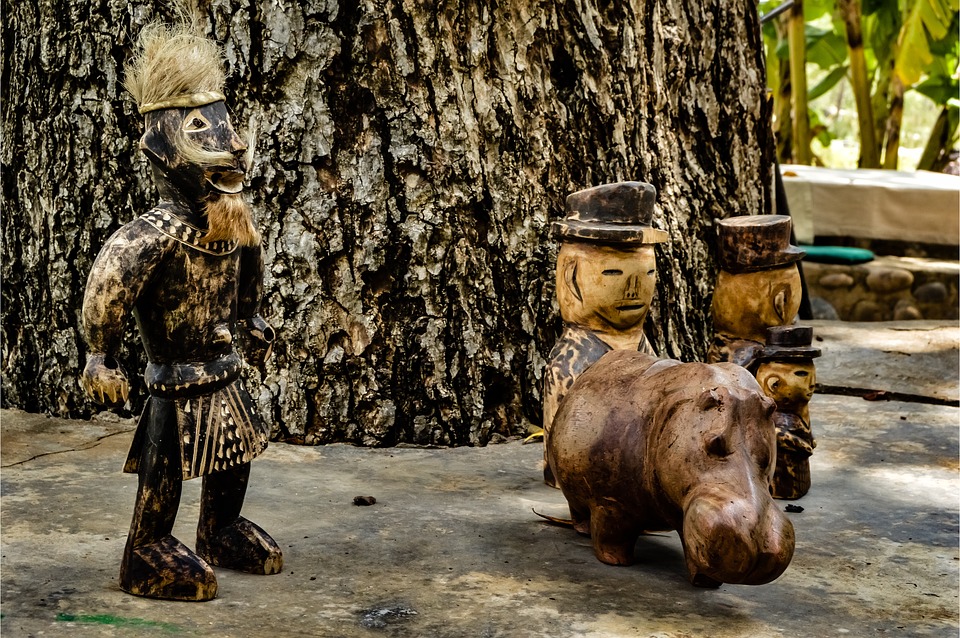 Just like any other religions, the Voodoo greatly differs in many things. The difference could be from the country and the locale. Voodoo symbols have been greatly passed through the word of mouth of people. In Haiti, the voodoo is very difficult and complex to be fully understood. The rituals for this practice is greatly based on a series of things, this involves soul, man, and many divinities. In this religion, there is no hierarchy, no liturgy that is written, because of the variation in different places. Because of all this, there are many interpretations of this religion.

Both magic and religion are combined to produce Voodoo. These two things are fully accepted and understood. All of these aspects are understood as a part of the whole, this holds true for the voodoo believer. In the U.S., there is a difference of Voodoo practice, this is the great exception. For the U.S. Voodoo, the basis of their practice is on the magic part of the religion. A Voodoo principle will be true however you might apply it. The principle is the belief that any rituals, actions, spell or whatever you might want to name it will have a good result as wanted by the Voodoo practitioner.

For the Voodoo symbolism, there are a number of things you need to use for the rituals.

An integral part of the Voodoo symbols is the incense. These things have been a part of the tradition for a number of years, aside from these, incenses were also used to offer to the deities. For humans, they believe that their spirits, as well as deities that the channel or even the method of giving petition is through using fragrant scents, is very favorable. It is a known fact that incense use is in the Bible and is used in many traditions – this includes the Voodoo. For the known practitioners, they will use more than one piece of incense in ritual. They may also use one or more oils to the incense – they believe that the effect will be strengthened.

For the voodoo practitioners, the incense is used greater than any other religion as one of the Voodoo symbols. As for the purpose, these incenses are taken from many things, such as cultures, climes, and other related religions. Voodoo practitioners might use other religious articles, not minding the origin, especially if they feel that it is a part of the ritual. The priest is one in charge of the mystical purpose of the incense. The symbols and their corresponding meanings are accepted as beliefs. However, these things are different from one place to another.

Powders, candles, and oils are some of the things needed for a ritual. The following are great examples of Voodoo symbols. However, some rituals might only need incense. The Alfiers Fast Luck Incense is used to bring hope to person, wishing for it to bring good luck.

Another method you can also do is writhing your petition or wish on a piece of parchment paper. After writing, place your selected incense on the paper. Both the paper and the incense are symbolism of Voodoo.  When the incense starts to smoke and there is a great aroma, practitioners believe that there will be great meaning to these things. This is also the same technique used in making a wish through the parchment paper. Your hougan may burn an incense whenever he feels to burn one. There is a specific incense to be burned for a specific purpose, especially its symbol.

There are different uses for your Voodoo powders. These specified powdered are usually sprinkled then blown. These things are used to anoint both the body and the hands. Other than this, the powders are also rubbed on the charms with other items, some practitioners also use these as part of an ingredient in conjure bags. The techniques and dates go back as far as the 1800s. As we have mentioned before, the belief is very elastic, which means that this belief has greatly evolved and further developed a new approach, especially with ingredients, rituals, and spells. There are specifically given beliefs, however, these things will vary at times in the lesser or greater degrees – this well depends on the background of the doer or even in the area of his or her origin and where he or she learned the ritual.

Another important symbolism in Voodoo is the botanical plant. This plant will include its herb, roots, bark, berries, and some might even include the parts of the plant. The following things are used for these magical purposes from the beginning of a religion or even in mystical practices. As we have said before, the Bible has stated things these things. Legends also include the usage of botanicals which are present in almost every country. There is a great power accompanying the Voodoo symbols. The aforementioned botanicals have more than one great power about them. Because these things are prevalent and almost all of these are accepted, the widely used belief has been chosen. The practitioner uses a number of herbs and roots, coupled with powders and oils to effectively and properly perform the magic.

The more Voodoo symbolism used, the better – this is the general belief of the practitioner. A voodooist, a person doing Voodoo, carries a charm bag which he intends for good luck. However, he will not just do this. He would also use incenses, candles, powders, and oils. These things are used to further wish for a chance of success. As we have said early, the following are just the most popular beliefs, however, you must know that these things – roots or herb – maybe used for evil or for good, this well depends on the belief and knowledge of the user. Beliefs and legends greatly vary when using plants, so a lucky charm for a person might be a poison to another

Another symbol used in Voodoo is the wormwood. This Voodoo symbolism is used as a contact for the spirit of the dead, as well as for divination. To use this, you need to burn it just like an incense. You can use a black paper cone that is lit at the bottom, this is one of the most popular techniques. When the smoke rises, the deceased spirit is spoken to and asked to verify its presence through a series of questions. Some might even burn this symbol while using a pendulum, this technique holds true for divination purposes.

There are many benefits of the Haitian Voodoo. This includes physical and spiritual empowerment, solace, and inspiration for the Africans for a number of years. Due to a number of Voodoo symbols, people believe that this is a blend of heritage and history. The Voodoo in Haiti is considered to be a close family with its culture.

How to Do Voodoo on Someone?