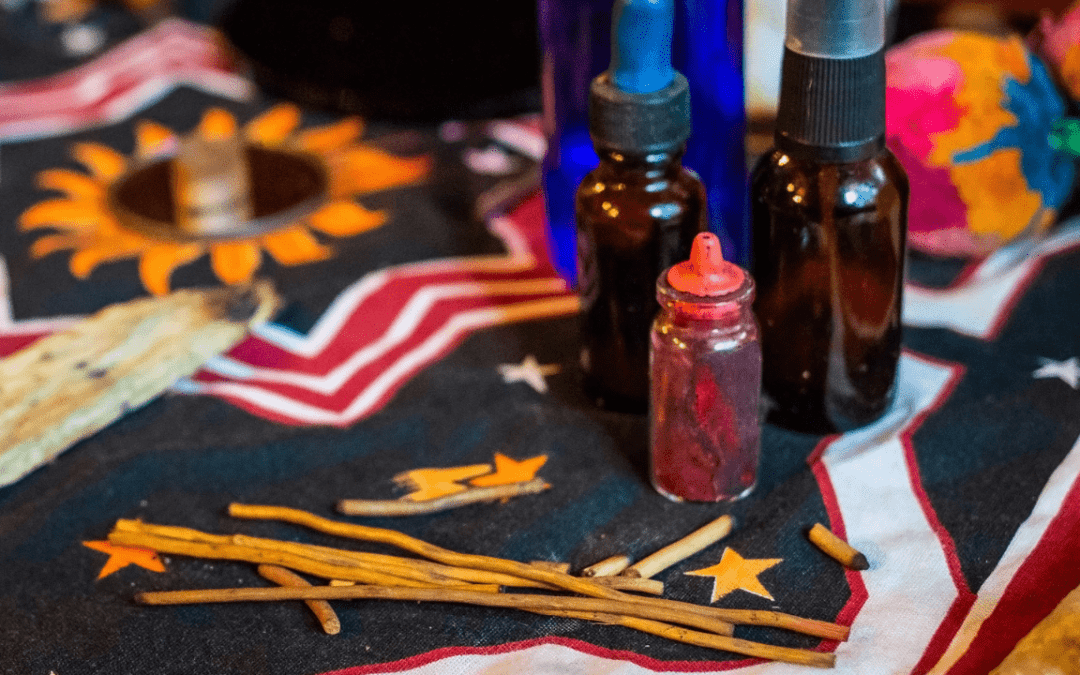 Santeria is a religious manifestation that acknowledges the direct contact of human beings to their ancestors, forces of nature, and their God. It contains two basic concepts-Ache and Eboo. Ache is an affirmed Divine power. By mediating it, anything touched by our imagination is possible. Eboo is a sacrifice made to be free from any burden and suffering. The faith mainly teaches that we, human beings, have a destiny set by God, and it is a rich destiny if we align all of our being with the teachings of God.

It is important to know that this divinity is decentralized, with no template for ritual, symbol, or doctrine. I mean worship of the saints, just as the saints serve as emissaries to their own known creator God, which is Olumadre in their belief. They have saints, known as Orishas, and they are mortal beings ruling every aspect of nature and human endeavor. And like the saints, Santeria followers are to find an orisha that aligns with their being. In this article, you’ll learn the top 10 saints relevant to Santeria religion. They are the ones most relevant and most leaned on by the faith’s devotees.

An orisha is believed to be the Sky Father and one who created all the human bodies, which were brought into human life by the smooth breath of the main creator, Oludumare. This saint is the father of all orishas. His principal wife is Yemaya.

This is an orisha, a deity of roads in Santeria divinity. It means master of force, owner of caminos, or the roads and paths.

It is an orisha that is a warrior and a powerful spirit of metal work, known to be God of Iron. He symbolizes transformation, mediation, and function. He had cleared the path for other orishas to enter the earth, using a metal ax and the assistance of a canine.

Ochosi is an orisha associated with the hunt, forests, animals as well as wealth. He is the spirit of meals because he is the one providing humans with abundance in food. Furthermore, he portrays lightness, astuteness, wisdom, and craftiness in hunting. He loves contemplation, arts, and all beautiful things. Ochosi hunt with a bow and arrow, seeking good influences and positive energies.

Orisha, and is a goddess of rivers that portrays divinity, femininity, fertility, beauty, and romance. Devotees seek Osun for romantic endeavors, marriage, and other relationships. She also is the Lady of Gold and mostly, females seek her help in gaining financial well-being and growth.

He is the most powerful and feared orisha, as he cast thunderstorms to the earth that created thunder and lightning. He is the most feared God of Santeria and symbolizes strength, resistance, and aggression that men rely on for their strong endeavors and aspirations in life. Not only that, but he is the known counterpart of Osun.

It is on orisha that protects the forests. All wild plants are under his heavenly domain, and he is the patron of all healers and herbalists. He brings in great safety to all, and the protection of houses is where his domain intersects with the catholic saint, Saint Joseph. He is known to protect houses from any adversities, be it man-made or calamities.

She is the orisha that rules over the oceans, the moon, children, fishermen, sailors as well as witches and secrets.

Yewa is the orisha for virginity and death, and she is a goddess deeply connected with cemeteries, reclusiveness, and decorum. Intelligence, diligence, and a strong kind charisma are her attributes, and she is an orisha who works hard and favors industriousness.

Last but equally important, Orula is the orisha of great definition. He is the divine and the wise man who knows the certainty of everyone and its existence. He can see the past, present, and future. Likewise, he is knowledgeable, and his intelligence prevails over goodness and triumph over all evil beings.

Santeria is a religion that touches more and more lives every day, it centers really on becoming the person that the creator wants us to be, with help and faith in all kinds of situations. Santeria is the one people need to lean and tune in more.