Home » I Ching » The First Fundamental Concept: The Yin and Yang

The First Fundamental Concept: The Yin and Yang 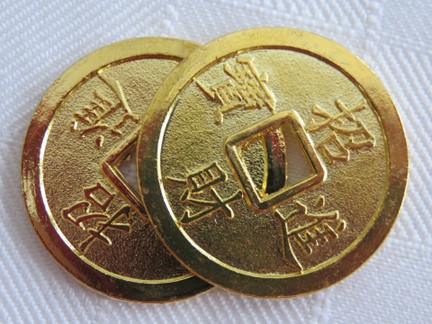 The Yin and Yang symbol has become a significant principle especially in India as well as in Europe. However, the gnostic – dualistic concept are not align to the original idea of the I Ching because what Yin and Yang suggests is simply the ridgepole (t’ai chi) or the line. The line represents oneness, duality comes into the world, and the line creates a world of opposites (an above and below; forward and backward; right and left etc.)

The duality concept of the Yin and Yang became popular especially during the transition period of the Ch’in and Han dynasties in China; these dynasties were the time period before our era. It was the time when every student or person carries the doctrine of Yin and Yang. It became the notion, and it became a very important principle to live by.

At the time, the Book of Changes or I Ching was use as a book of magic; the students read concepts that are not originally in the book. The Yin and Yang doctrine has naturally attracted the attention of foreigners outside of China since the primal principles it that of a male and female (duality).

Some philosophers compared the Yin concept as “the overcast” or “the cloudy” while the Yang is a “banner that’s waving in the sun,” “bright,” “shining.” The duality concepts were also explained as the dark and light sides of a river or a mountain. In the case of a mountain, the southern part is the brighter side while the northern area is the darker side. Similarly, in the case of the river, if it was seen from a bird’s point – of – view, the southern side is in the shadow (yin), while the northern side where the light is being reflected is the bright side (yang). The duality concepts were carried over to the Book of Changes, and were applied to the two alternating primal states of being. It’s important to note though that the Yin and Yang don’t occur in such derived sense either in the old commentaries or in the actual book itself.

The dual concept first occurred in the Great Commentary, which already shows influence from Taoism. In the Commentary on the Decision, yin and yang weren’t used instead it was referred to as “the yielding,” and “the firm” respectively. Do take note that whatever terms are applied to these dual concepts, it is certain that the world of being arises out of interplay. Thus change is conceived as a continuous transformation of a force into the other and also as a cycle of phenomena where they themselves are connected such as summer and winter, day and night. Therefore, change is not meaningless; it is subject to tao or the universal law.