What Are Astrology Air Signs? 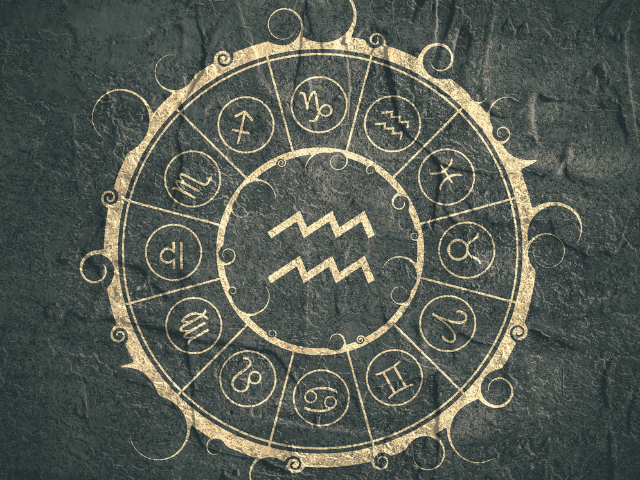 There are four basic elements in astrology: fire, earth, air and water. Each zodiac sign corresponds with one of these four elements. The twelve zodiac signs can therefore be broken up into groupings of three; where each group of three corresponds to one common element. The elements can provide us with insight into the basic nature of each sign. While each of the twelve basic signs are unique and different in their own ways; the elements can also help us to see and understand the similarities between various signs.

The three astrology air signs are:

The Element of Air

Air is the one element that we can’t physically see, but it can make its presence felt. It can exert a tremendous amount of force if it wants to. It can penetrate into pretty much anything, and for us, it represents life. When we breathe, we are alive; when we cease breathing, we are dead. It is as simple as that.

Air can be subtle, it is the freshness of a cool, brisk breeze. It sweeps away dust and dirt, both physically and from the cobwebs of our minds. Think of the difference of being cooped up inside the house for days; and the bracing stimulation that comes from spending some time outdoors and breathing in fresh air.

It is easy to think of air as a simple, one dimensional thing. But air can also be as variant as all the other elements. It can be a warm, fresh summer breeze, a cool night breeze, a steady chill wind; or a howling tornado that sweeps away everything in its path. Bring hot and cold air together and wind is created. At its most destructive, it can pull trees up by the roots, even blow the roof off of houses. At its most tame state, it sweeps away staleness, it keeps us cool, and it keeps us alive.

The astrology air signs of Gemini, Libra and Aquarius, are the intellectual signs. Air, in the zodiac, represents intellect, communication, logic and rationality. Quite aptly, the Tarot correspondence of the air sign is the minor arcana swords, and just like a sword, we can use logic; and intellect to cut through even the most complicated and convoluted of problems.

The astrology air signs are the thinkers, the ones who value the mental approach to things. They don’t let their emotions cloud their judgment; nor do they allow their passions to take over to the extent that it confuses the logic of things. Their approach is to sit down, think things through, and to rationalize their way through dilemmas.

They value communication and conversations; words, thoughts, ideas are their domain. They like to debate, negotiate, build networks, finding compromise, balance and harmony rather than to sit still with knotted complications. They dislike narrow-mindedness and won’t hesitate for a moment to tell you what they think about you if you operate from your passions and emotions rather than from rationality and logic. Sometimes they can be a bit abrasive in their approach to people, and will certainly not mince words, especially if they know that they are in the right. On the other hand, they won’t hesitate to admit and own to their mistakes, if they are later proven wrong. They are always immensely fair.

Air signs are often charming and graceful and have a way with words. They can romance you with words whispered in your ear; and you can spend a wonderful afternoon sitting down having a stimulating conversation with them. They might argue with you just for the sake of the philosophical debate; and they will find it extremely satisfying to trade words with another who is equal to a nice trading of ideas as much as insults. But of course, you have to have a way with words, too. They’ll quickly lose interest if you stick to a few choice phrases with not even a sense of variety or creativity in your exchanges.

Air signs are visionaries, they often have revolutionary ideas that they believe can change the world. But they are also a bit elusive and hard to pin down. There is a sense of detachment to them; as though they are living in a realm a bit differentiated from reality, and they can and do have a very rich imaginative life. And they will often demonstrate this in real life, too, when they seek out adventures; and out of the way exploits to satisfy their yearning for movement, novelty and exploration. They might seem a bit flighty and erratic, but when it comes to relationships, they do value long term, stable connections.

They never forget good friends and will value good relationships and marriages. Getting them to the altar might pose a bit of a problem, however; when you see them needing to endlessly ruminate on whether or not it is a good idea to commit to someone in the first place. Such questions that don’t really have a one hundred percent yes or no answer might be extremely mentally stimulating, but it can sometimes lead to lack of action in the real world, too.

As we have seen, air signs like ideas, words, communication, thought. The problem is they can take this fascination with the mental aspect of things a bit too far; and fail to live completely in the real world. They might hesitate to make decisions or to take action in the face of so much uncertainty; and the world is certainly full of mysteries we humans may never figure out. The challenge to the air signs is finding a way to move past the knotty debates and to just do.

Connecting with their own emotions might also be somewhat challenging to the astrological air signs. It can take them a bit of an effort to set their own thoughts and ideas aside; and to just focus on what they feel in the moment. These people are planners and thinkers, and they like planning and formulating strategies, thinking of the possible scenarios in each instance.

Sometimes they fail to access their own emotional place or connect emotionally with others. But it is not impossible. It might take them some time; particularly if the subject at hand is the realm of the emotions, but they will get there. They’ll probably surprise you with just how rich and deep their emotional life is; if they allow you to take a peek behind the curtain; or if they allow themselves to set the world of thought aside for the time it takes to just feel.

What Are Astrology Fire Signs?

What Are Astrology Water Signs?

What Are Astrology Earth Signs?

The Four Elements of Western Astrology