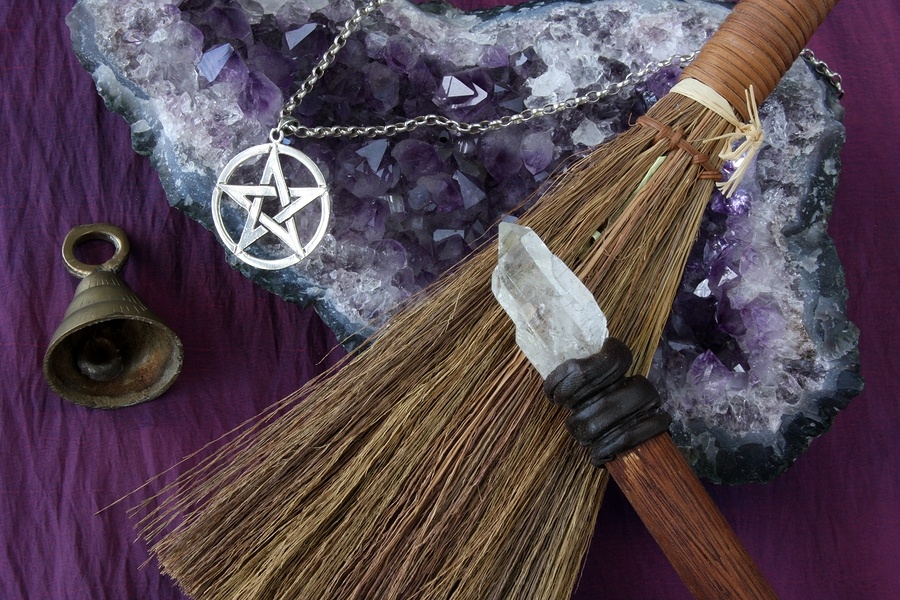 In its modern form, there are many Wiccan traditions just as there are denominations in Christian churches. Many Wiccans find comfort in following one set path; while others draw on the elements of many traditions in solitary practice. Here are some brief descriptions of some of the major variations of the Craft.

Gerald Gardner was a British civil servant with an interest in folklore, magic, and the occult. He claimed that his beliefs. At the time, the Witchcraft Act of 1735 was still in effect; making the group illegal, so its activities were secret and the membership small.

In 1951, the witchcraft laws were repealed, paving the way for Gardner to publish his first book; Witchcraft Today in 1954. Gardnerian Wicca is considered to be the first of the modern traditions to be codified; and the one from which all others are in some way descended; especially in the UK, Europe, and Commonwealth countries. Sometimes Gardnerian Wicca is referred to as British Traditional Wicca.

The tradition follows a system of degrees for mastering the Craft. All Gardnerian groups can trace their lineage back to Gardner’s original New Forest Coven. It remains strictly within the confines of the coven, where members work Skyclad (unclothed.)

Traditionally, Gardnerian covens have 13 members and are led jointly by a High Priestess and High Priest.

This tradition teaches the core ethical guideline of the Wiccan Rede and although there are organized rituals; there is no dogma. Each member must discover for themselves the meaning of their ritual experiences as an aspect of their individual path.

Alex Sanders, known popularly as the “King of the Witches” founded this tradition in the 1960s with this wife; Maxine Sanders. It is, in most aspects, identical to Gardnerian Wicca. The attitude, as described by Maxine Sanders is, “If it works, use it.”

Working Skyclad is optional, but the rite of initiation, and of earning degrees (typically three) is followed. In some Alexandrian covens, a fourth degree or preliminary rank is used called the “dedicant” or “neophyte.”

In truth, the distinction between Alexandian; and Gardernian covens is blurry at best and many priestesses train their students in both traditions. There is, in fact, a deliberate fusion of the two called the Algard Tradition.

Mary Nesnick, who was initiated in both the Gardnerian; and the Alexandrian traditions fused the two into Algard Wicca in 1972.

There are very few Algard covens in either the United States or Great Britain; and even covens that operate with a thriving mix of the two traditions do not self-identify as Algard.

This fusion is most clearly seen in the work of Janet and Steward Farrer whose books Eight Sabbats for Witches and A Witches’ Bible: The Complete Witches’ Handbook are listed in the Suggested Reading section at the back of this book.

It is a somewhat more flexible tradition in that members may write their own rituals. As in the Alexandrian tradition, working Skyclad is optional.

Raymond Buckland, a High Priest in the Gardnerian tradition, founded Seax-Wica after moving to the United States in 1973. This variation is based more heavily on Saxon traditions; and allows for valid initiation either by a coven or through self-study.

Buckland was the author of numerous books on witchcraft, including Buckland’s Complete Book of Witchcraft, published in 1985.

One of the most notable initiates of this tradition is the author and activist Starhaw, best known for her work; The Spiral Dance.

Known as the feminist movement of Wicca, the Dianic tradition emphasizes reverence of the Goddess in her three aspects. Many of the Dianic covens are for women only.

The tradition was founded by Zsuzsanna Budapest in the 1970s and is an egalitarian; and matriarchal tradition that combines elements of the Gardnerian tradition with folk magic and feminist principles.

Other traditions you may encounter include:

• Celtic Wicca emphasizes the magic and healing abilities of elemental spirits, gnomes, fairies, plants, and minerals. Asatru (Northern Way) was based on the Norse pantheon and involving Old Norse dress for ritual work. Pictish is a solitary Scottish nature tradition. Strega is something that draws traditions dating back to 14th century Italian teachings.

While not a complete list; these descriptions certainly should give you an idea of the variety inherent in the world of Wicca.